Bigg Boss 11, December 28: Tonight Puneesh will meet Bandagi and Hina will meet Rocky as a part of a new task 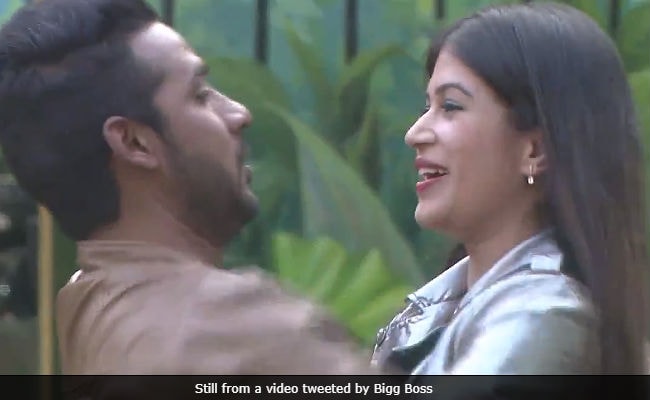 New Delhi: Bigg Boss 11 will wrap up in a few weeks and before that the contestants have a chance to meet their loved ones. Today Bandagi, who as evicted, returns to meet Puneesh. So far, Bandagi was staying in the padosi set-up with the other contestants' family members, tonight she'll enter the main house. Hina's boyfriend Rocky Jaiswal will also enter the house. Rocky had visited Hina once as a part of the task. In the padosi's part of the house, the family members recently lost their cool when Akaksh's mother refused to listen to a word against her son and she even threatened to walk out of the task. Vikas Gupta's mother also had a war of words with others when she thought her son's efforts were not being recognized.

The #BB11 house is filled with emotions! Tune in tonight at 10:30 PM to watch Puneesh & Bandgi reunite! #BBSneakPeekpic.twitter.com/3XhsICckGm

Promoted
Listen to the latest songs, only on JioSaavn.com
In another segment, Bigg Boss asks contestants to prepare gifts for their loved ones. Hina gifts Rocky a coffee flash she won in a task and her favourite picture of them. Puneesh will send a ring and a locket for Bandagi while Shilpa sends a photo frame with their family picture in it for her brother. Luv Tyagi will give his mother the medal he won in the Sultani Akhada (a weekend task set by host Salman Khan). Vikas will give his mother the ring which he was given by her eight years ago, during his struggling days. Priyank will send his favourite shoes (which he claims he never shared with anyone) to his mother.