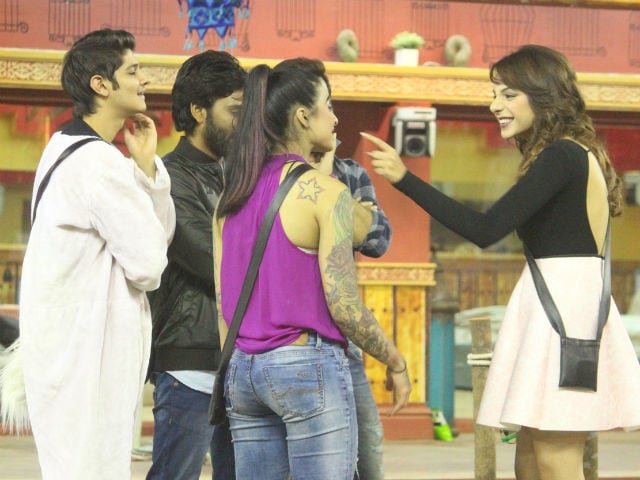 New Delhi: The controversial reality show, Bigg Boss 10 has reached its finale week and the competition is getting tougher day by day. Amidst the tasks, former Bigg Boss contestants Nitibha Kaul and Mandana Karimi will enter the house tonight. They will be a part of a task, where the contestants have to entertain the guests at their respective stalls. Delhi-based Nitibha got evicted two weeks back from the show. She was one of the most composed contestants of Bigg Boss 10. However, she had a massive fight with Manveer Gurjar, with whom she shared a good bonding. Iranian actress Mandana Karimi was a contestant during Season 9.

Instagram posts from an unverified account purporting to be Nitibha's revealed that she is 're-entering' Bigg Boss 10 house. One of the posts read: "Bigg Boss fans are in for a treat as I re-enter the house tonight. Do not forget to catch me as I take the #BB10 Mela by storm."

#biggboss fans are in for a treat as I re-enter the house tonight!! Do not forget to catch me as I take the #BB10 Mela by storm #nitibhakaul #biggboss10 #reentry #nitibha #backintown #homeishome

Mandana, who was once attended the Weekend Ka Vaar episode as a guest too shared a video from inside the house.

Promoted
Listen to the latest songs, only on JioSaavn.com
In tonight's episode, Bigg Boss will introduce the mela task wherein the garden area is turned into a fair and the housemates are allotted different stalls. At regular intervals, guests will enter the house and the contestants will have to entertain them.

As of now, Bigg Boss 10 is hosting 5 contestants. Lopamudra Raut, Bani J and Rohan Mehra form the celebrity group and Manu Punjabi and Manveer Gurjar are a part of Indiawaale or non-celeb group.