Bigg Boss 10: Monalisa Claims Her Wedding Was Not For 'Publicity' New Delhi: Actress Monalisa, the most recent Bigg Boss 10 contestant to have been eliminated, told news agency PTI that her wedding while still on the reality show was not a gimmick and that she doesn't need the publicity. Monalisa, who appears in Bhojpuri films and whose real name is Antara Biswas, married her boyfriend Vikrant Singh Rajput on Bigg Boss last week. Vikrant was allowed into the house for the occasion, as were Monalisa's mother and some friends. The wedding began with a haldi ceremony and a sangeet, conducted by Monalisa's fellow contestants who had been divided into ladkiwale and ladkewale. After being evicted over the weekend, Monalisa addressed concerns that the wedding was staged to drum up ratings. 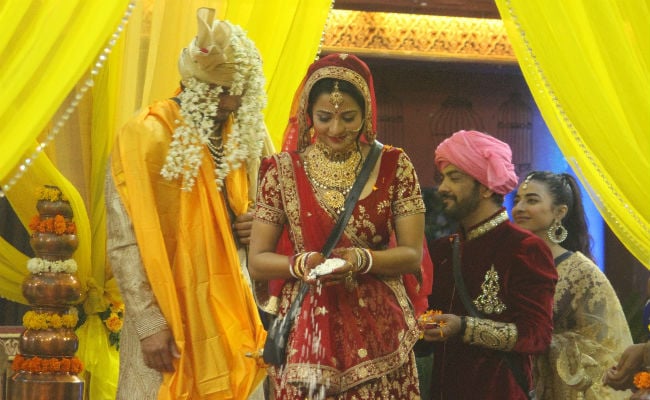 Monalisa said she did not have to get married for publicity.

"I am doing good in Bhojpuri films. People do know me and after taking part in Bigg Boss, more people started to know more about me. I don't need to be get married for publicity. We were in a relationship for eight years and were planning to get married. It was heart-warming. It is sad when people think it is a publicity stunt," Monalisa told PTI. This is the second wedding on Bigg Boss, after Sara Khan and Ali Merchant in season four. 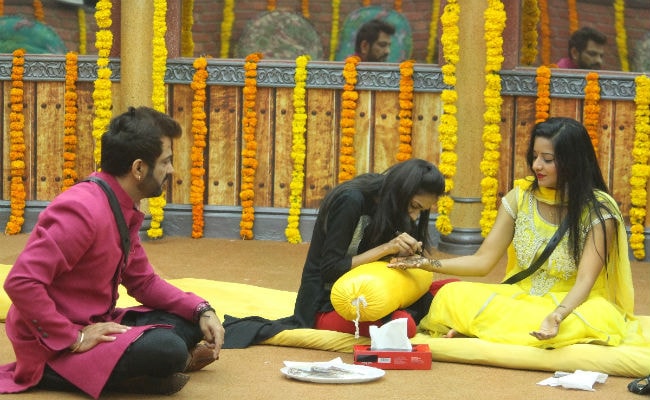 This is the second wedding on Bigg Boss

The Monalisa-Vikrant wedding was also supposedly prompted by the actress' seeming fondness for Bigg Boss housemate Manu Panjabi. "I was very hurt when reports of closeness with Manu came out. When you are in the house locked for 24 hours one is bound to be friends with someone. That's what happened in my case...I became good friends with Manu and Manveer," Monalisa told PTI. 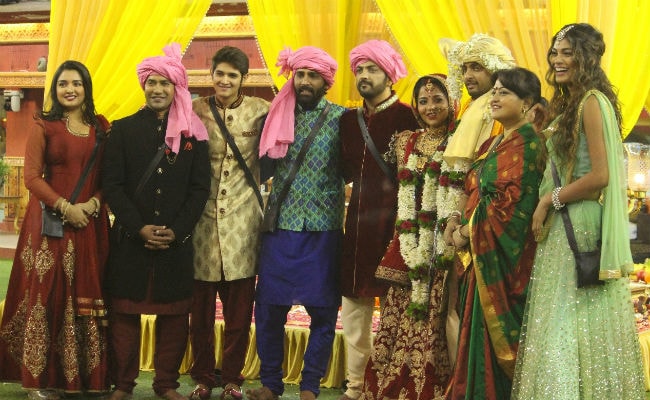 Bigg Boss 10 contestants and Monalisa's family posed with the newlyweds

Now that she's out, the actress will return to her film commitments. "I will start work on some pending films. If I get some good offers from other film industry I will do if it excites me. I don't want to restrict myself only to doing Bhojpuri films only," Monalisa said, adding that being evicted was something of a relief: "I am very happy to be out of the show. Now that I am married I was waiting to be out of the show. I am not upset. It is not easy to stay inside the house."