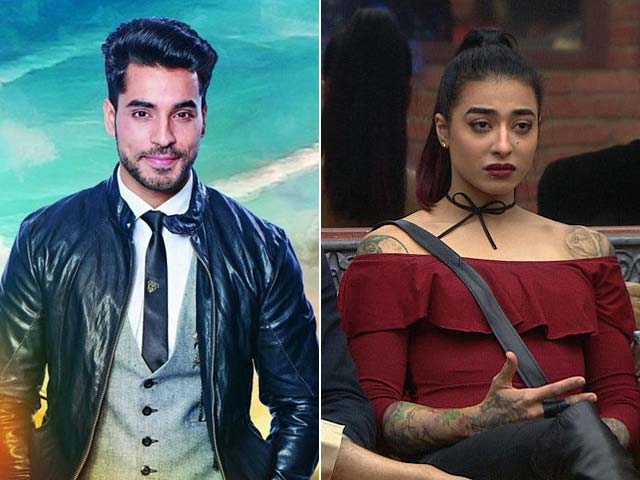 New Delhi: Former Bigg Boss winner Gautami Gulati who came to give his piece of mind to season 10 housemates, proved that he hasn't lost his charm and is still as entertaining. Bigg Boss 8 winner Gautam, and ex-contestant Mandana Karimi were invited guest on the Weekend Ka Vaar episode that aired on November 26. Along with show's host Salman Khan, they gave a reality check to the contestants- Rohan Mehra, Rahul Dev, Nitibha Kaul, Lopamudra Raut, Monalisa, Manu Punjabi, Manveer Gurjar, Gaurav Chopra, VJ Bani. But what we missed was that Gautam also went through a rapid fire round at the sets of the Bigg Boss 10 and his answers were crackling.

Thanks to the rapid fire, we now know Gautam is quite fond of Bani. When he was sharing the stage with Salman, Gautam complimented Bani for being honest and also tried to cheer her up. So when he was asked who would he like to take out on a date from Bigg Boss 10 the answer was- yes, you guessed it right, Bani. Gautam also thought Manveer was the strongest contender because he was 'entertaining'. Gautam also confessed that he hasn't watched the current season. He also had an opinion about the most controversial contestant-Swami Om.

Didn't get enough of @thegautamgulati in #BB10WeekendKaVaar? Watch this rapid fire #video with Birthday boy! https://t.co/5qd3YdEuq8

Promoted
Listen to the latest songs, only on JioSaavn.com
In the show aired on November 26, Gautam and Mandana said that there's still a wall between the commoners and the celebrities has they haven't united yet. This year the housemates are divided in two teams - celebs and Indiawale (non celebs). They also accused Gaurav for being too image conscious. They also asked Gaurav that why does he keep telling Bani to her words. Both Gautam and Mandana felt that Bani was playing the game really well with her straight forward attitude whereas Gaurav was coming across as very boring on the show.