Bigg Boss 10, December 8, Written Update: Lopamudra And Bani Get Into A Huge Fight 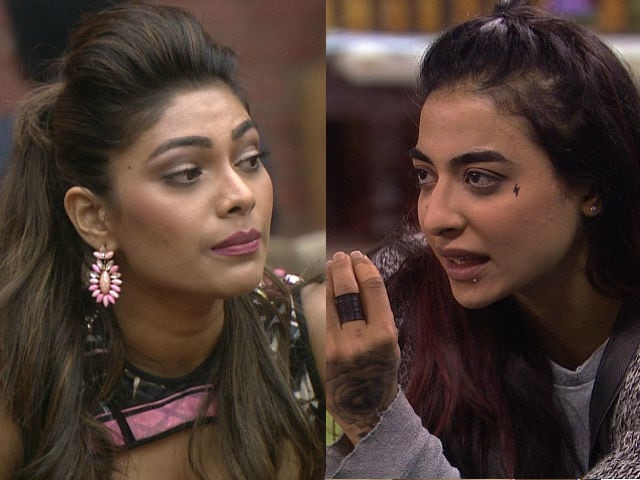 Bigg Boss 10: Lopamudra and Bani in a still from the show

New Delhi: After two full days of distress and fights, the Bigg Boss 10 contestants woke up to the song Ye Public Hai Ye Sab Jaanti Hai. The day started with Swami Om's argument with Rohan Mehra on the breakfast table, on which Lopamudra Raut interfered in the conversation and defended Rohan. The argument lead to an ugly fight. Priyanka Jagga then asked Rohan to mind his language. Furthermore, Priyanka taunted Rahul for making tasteless breakfast and asked captain Gaurav Chopra to request Lopamudra to make parathas for her. Later in the day, Gaurav was asked to name two contestants who he wanted to send to jail. 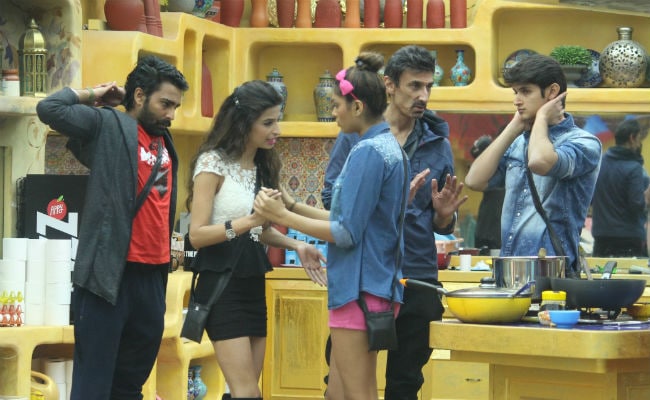 A still from the episode

Gaurav first picked Swami Om for urinating in front of the contestants and then took Lopamudra's name and accused her of being a liar. Later, Lopamudra confronted Gaurav and told him that he is insecure of her and doesn't want her to win the next captaincy. Swami Om, along with Lopamudra entered the jail and yelled Gaddar Murdabad.

In the evening, Bigg Boss announced that a press conference would be held inside the house, where the nominated contestants VJ Bani, Lopamudra, Rohan, Nitibha Kaul, Manveer Gurjar, Priyanka and Sahil Anand , along with the captain have to answer the questions posed to them by the media. Lopamudra revealed her equations with Bani and said that she had always tried to improve her relationship with Bani. However, when Bani was asked to compare her and Lopamudra's relationship with Tanishaa Mukjherjee and Gauhar Khan's equation, Lopamudra interfered, which miffed Bani and she walked out of the press conference in protest.

Bani continued to rant and shouted at Lopamudra after the contestants entered the house and was calmed down by her Manveer and Sahil. Meanwhile, Lopamudra and Swami Om talked about Bani. 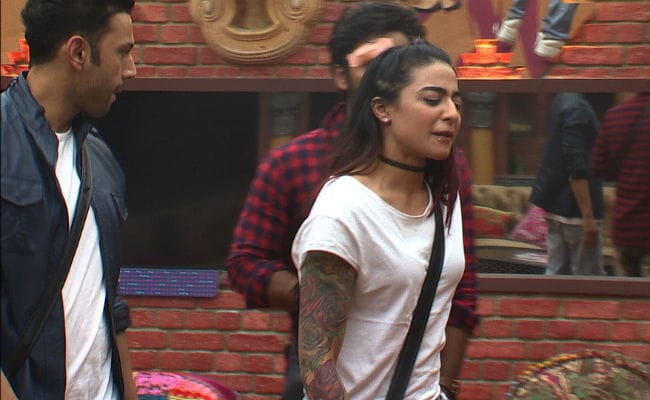 Bigg Boss 10 contestant Bani in a still from the show

Later on, Swami Om hitted on called Monalisa and called her beautiful. He also predicted that she would win the show. Monalisa then told Manveer that she saw Bani cuddling Jason and complained that if it was her, it would have made a big issue.

Promoted
Listen to the latest songs, only on JioSaavn.com
As the day came to an end, Gaurav justified his changed behaviour and discussed his issues with Lopamudra on which Bani decided to end the conversation on which he said that that was the fourth time she is walking out a discussion.

Jason, Swami Om, Rahul and Monalisa are safe from this week's eviction after seven out of 10 contestants were nominated.