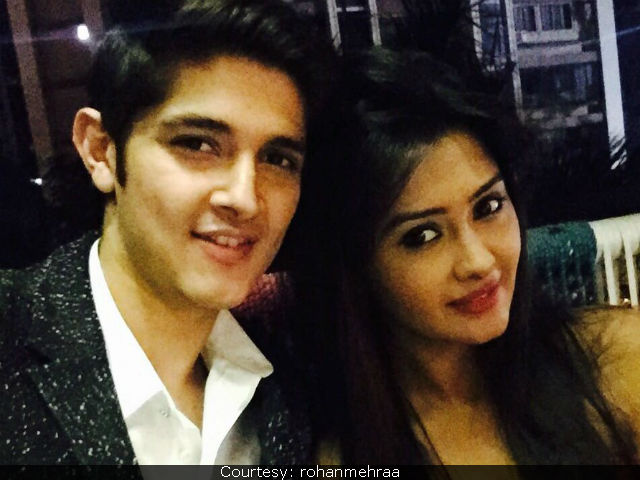 New Delhi: Bigg Boss 10 contestant Rohan Mehra recently made a major revelation, while chatting with fans and followers via #AskMe session, saying that he might appear at Nach Baliye 8 with his former co-star and girlfriend Kanchi Singh. On being asked by fan that the actor dances really well, so can they expect him to show some dance moves at Nach Baliye, Rohan replied "Let's c...still in talking terms." This makes it obvious that, if the Yeh Rishta Kya Kehlata Hai actor will participate then it will be with his lady love Kanchi Singh, for whom he expresses his love every now-and-then.

In talking terms ..all these things take tym as I want to do something better only now .. https://t.co/KvnP3m4hZA

Kanchi and Rohan met each other on the sets of Yeh Rishta Kya Kehlata Hai, where the actress played the role of his sister. The actress is still in the show, whereas Rohan left the same to enter Bigg Boss.

Check out some pictures of Kanchi and Rohan:

Thanks for always being there #RohanMehra #GoodTimes

Rohan shared close friendship with his co-Bigg Boss contestant Lopamudra Raut along with staying mum about his relationship with former co-star Kanchi Singh. Later, when he exited the show on the fifth place he was very expressive with his love for Kanchi.

Promoted
Listen to the latest songs, only on JioSaavn.com
Also, while having a chat session with his admirers, the 27-year-old television actor cleared the air that he will never make a comeback to Yeh Rishta Kya Kehlata Hai, which he left to participate on Bigg Boss 10, tweeting "I like to move on in life ..so never ever."

Adding to the list of dancing reality show, Divyanka Tripathi's husband Vivek Dahiya said confirming to indianexpress.com that they are contemplating about participating in the dance series.