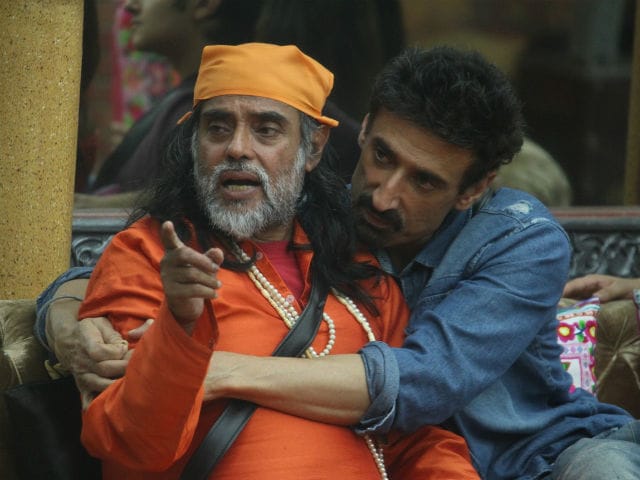 Bigg Boss 10: Rahul Dev was rarely got into fights

Actor Rahul Dev, who got evicted from Bigg Boss 10 on Sunday said that he now thinks that he was unfit for the 'controversial' reality show as he does not believe in picking up fights. Speaking to news agency PTI, Rahul said "I am happy that I am out of the house. I think I did not fit into the role of the Bigg Boss house. For me, this is a game." The 48-year-old actor who has worked in films like Dishoom, Asoka and Awara Pagal Deewana further said, "I am 104-films old and I have got love and support from people."

As soon as he left the house, he thanked his fans for the love and support he received from them.

Thank you all for the love & support. Your warmth is endearing, love to all! @BeingSalmanKhan@mugdhagodse267@BiggBoss@ColorsTV

Rahul looked relieved when his name was announced for eviction by Salman Khan and he happily left the house unlike others. He thinks that the chief troublemaker Priyanka Jagga and the controversial self-styled godman Swami Om can do anything to be on the show. "I can't stoop low like Swami Om and Priyanka Jagga to sustain in the show," Rahul told PTI.

During his stint in Bigg Boss 10 Rahul was the most composed contestant and was rarely seen involved in any politics of the house. He once lost his cool with Swami Om. "I don't know plotting and all. I can't lose my dignity and values for a show. I have a 19-year-old son and I want to set a good example in front of him," he said.

Rahul was mostly seen interacting with Gaurav Chopra, Lopamudra Raut and Rohan Mehra. He is the second celebrity to get evicted after Karan Mehra.

An introvert by nature, he initially did not interact much with the fellow contestant and was also seen low on enthusiasm during the tasks. "If it's boring, be it. I can't be ridiculously entertaining. I am educative enough to understand what is right and wrong. I am a responsible person," Rahul justified his stand.

"People are pretending to have an affair on the show, unnecessarily screaming or yelling at each other. If this is the protocol of being in Bigg Boss then I am not into it. I was not hypocritical. I was straightforward," Rahul said to PTI.

Promoted
Listen to the latest songs, only on JioSaavn.com
He further revealed that Rohan, Lopamudra, Gaurav, Manveer and Manu are his favourite contestants.