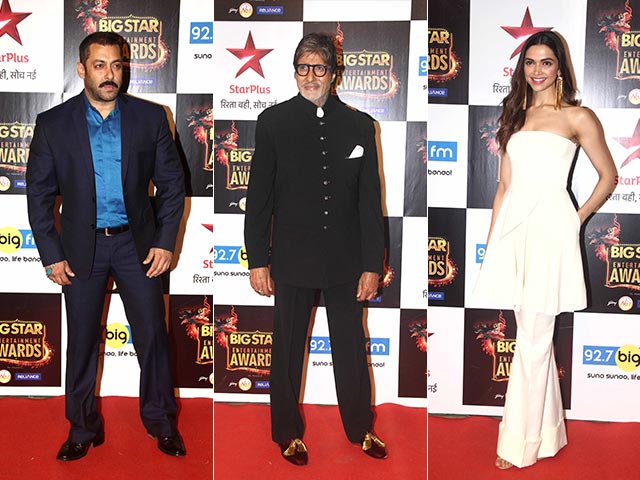 Salman, Big B and Deepika photographed at the Big Star Entertainment Awards on December 13.

However, Salman and Deepika were the most entertaining stars this year.