Read inOther Languages
This Article is From Jul 17, 2020

Sonakshi Sinha will play the role of "the brave social worker who took 299 women along with her to support the Indian Army!" 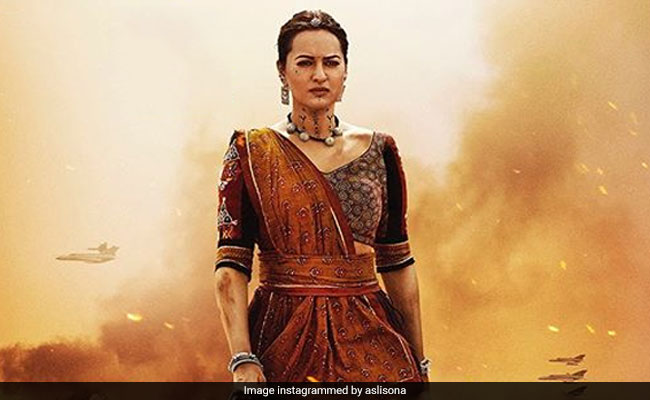 Days after Bhuj: The Pride Of India was announced as one of the seven big upcoming Bollywood movies to premiere on Disney+Hotstar, the first look of actress Sonakshi Sinha from the film was dropped. In the first look poster, Sonakshi Sinha sports an intense expression as social worker of Sunderben Jetha Madharparya, a real-life persona, who the actress hailed for her "heroic" deeds. "Honoured to play the heroic role of Sunderben Jetha Madharparya, the brave social worker who took 299 women along with her to support the Indian Army! Bhuj: The Pride Of India, a crucial incident from history, will unveil soon with Disney+Hotstar," Sonakshi captioned her first look. Sonakshi's co-star Ajay Devgn also gave a shout-out to the actress, sharing the first look poster on his Instagram.

In a tweet last year, Ajay Devgn had written Squadron Leader Vijay Karnik had guided 300 women from the nearby villages to reconstruct a wrecked Indian Air Force air-strip during the 1971 war so that the Air Force officers could land safely.