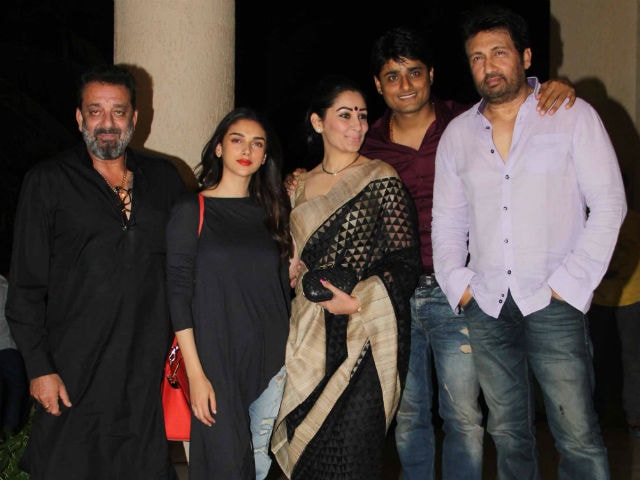 Here are some pictures from last night's celebrations: 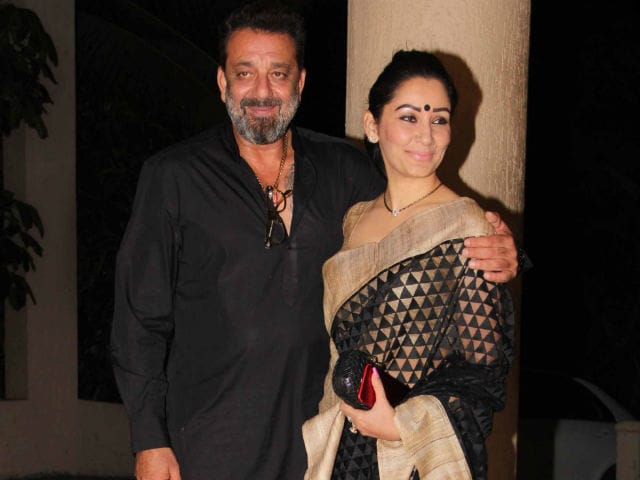 Sanjay Dutt and Maanyata posed for the cameras 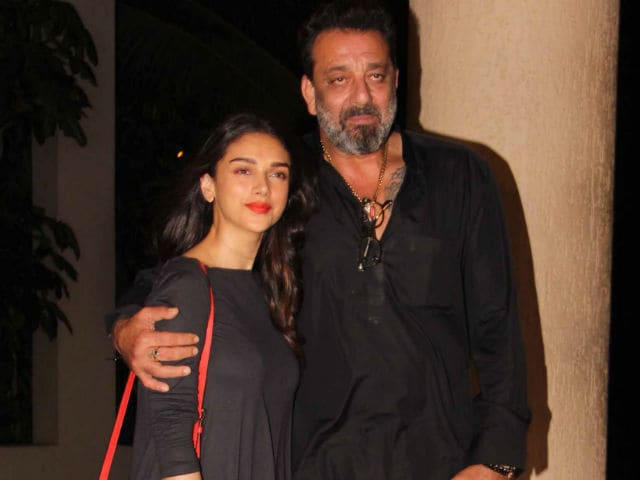 Sanjay Dutt and Aditi Rao Hydari photographed at the party 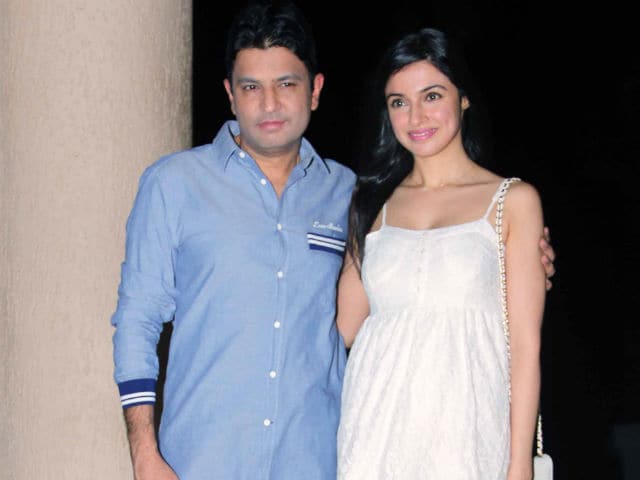 Bhushan Kumar and Divya Khosla Kumar at the party

Maanyata also shared an adorable picture of herself with Sanjay Dutt and wrote, "Today I am wearing the smile you gave me."

Bhoomi was earlier scheduled to hit the screens in August. However, later the release date was shifted to September. "Sanjay Dutt has given his best performance till date and I am glad that we are increasing the anticipation for the audiences," Omung Kumar told NDTV.

Promoted
Listen to the latest songs, only on JioSaavn.com
The film explores the relationship between a father (Sanjay Dutt) and his daughter (Aditi Rao Hydari). It is an emotional revenge drama. Of the film, the 57-year-old actor told NDTV, "I have been looking for scripts that went beyond my screen persona. I wanted to do something vulnerable yet powerful." He added that Bhoomi is the best film for his comeback.