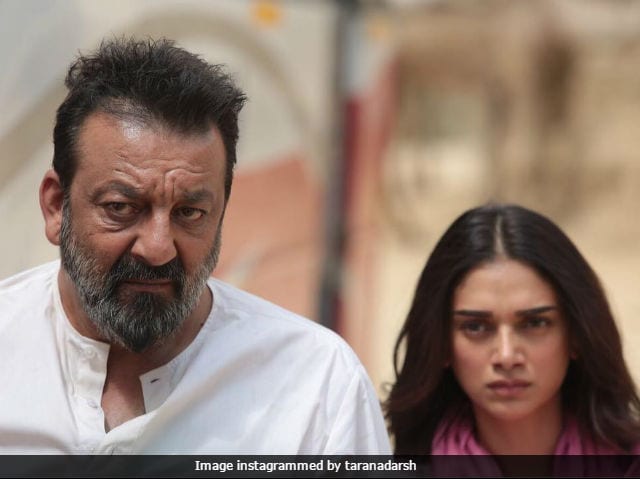 Sanjay Dutt's Bhoomiexplores the relationship between a father and daughter. In the film, the 58-year-old actor features as Arun, a doting father, who is all set to marry off his daughter Bhoomi (Aditi Rao Hydari). However, there is a tragic turn of events and he decides to fight against the injustice done to his daughter.

In his review for NDTV, film critic Raja Sen wrote, "It is hard to describe how ghastly this film is, a relentless story of rape and revenge that treats its characters as cruelly as it does the audience."

Promoted
Listen to the latest songs, only on JioSaavn.com
"Bhoomi is not just a bad film, it is a bad film trying to be many good films. As the background score gets shriller, the film takes turns trying to be NH10 and Ghayal and Pink. And while it is laudable for an action movie to have a message - this film is apparently talking about rape, character and consent - it must first be a watchable film. This is not," Mr Sen added.