Bharat: Seen Katrina Kaif's New Look Yet? 'You're Killing Us,' Says The Internet

While Katrina Kaif is painting Instagram red, her fans are busy approving her look for Bharat. 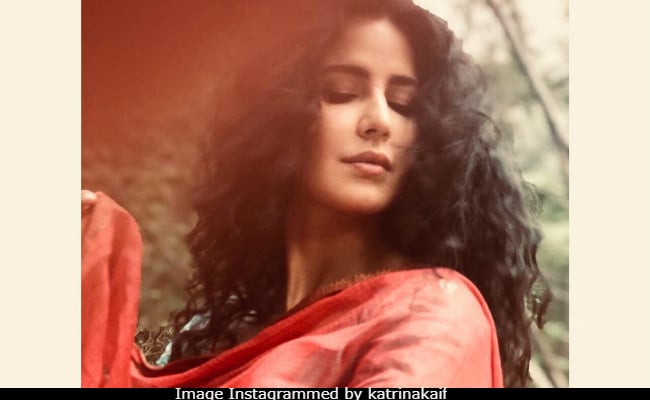 Katrina Kaif just dropped an oh-so-amazing photo of herself from what appears to be the sets of Bharat on Instagram and netizens just can't keep calm. That's because Katrina offered a proper glimpse of her new look, which she had teased in her previous Instagram post. In the photo, Katrina sports curly hair as she poses for the click - we got glimpses of this new look of hers a few times in the past. Remember the viral photo of Salman Khan and Katrina and the brand new poster of Bharat, also featuring the two (you can only see her curly hair as the stars' complete looks were not revealed)? For the new photo, Katrina opted for a simple caption - she simply added the dancing girl emoji.

While Katrina Kaif is painting Instagram red, her fans are busy approving her look for Bharat. Nitya Mehra, who directed Katrina Kaif in Baar Baar Dekho, wrote: "Just return to us like this only," while casting director Shanoo Sharma added: "I love it". "You are totally slaying it with that hairstyle," read a comment while another added: "You are a dream. This Bharat look is killing us."

Katrina Kaif and Salman Khan are currently shooting for Bharat in New Delhi, where the team landed on Saturday. Costume designer Ashley Rebello also shared a new photo of Salman Khan from the sets while just a few hours after that, a new photo of Katrina arrived on her Instagram.

Oho this @atulreellife has put up the pic before me #photo by me #bharat_thefilm , love this lookwithe the reel life production sweat shirt

Bhaiya and me in

Ahead of the national capital, the film's team were busy with the Jalandhar schedule, where the Wagah Border was recreated.

Bharat is a circus drama spread out across a timeline from 1960 to present times. Salman Khan plays a daredevil stuntman in the movie while Disha Patani stars as a trapeze artiste. The film also stars Tabu, Nora Fatehi and Sunil Grover while Varun Dhawan has a cameo. Directed by Ali Abbas Zafar, Bharat will hit screens on Eid 2019.