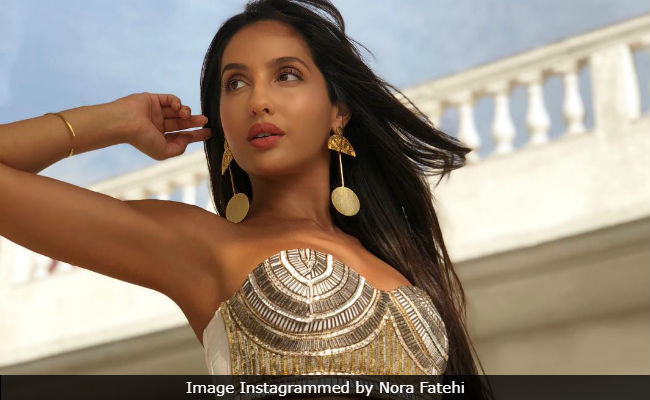 Nora Fatehi, who is all set to feature in Salman Khan's Bharat, is taking basic Spanish lessons for her role in the film, reports news agency IANS. Nora, who will be seen playing a Latino in the film, revealed that in order to make her character more authentic, she has started taking Spanish lessons from a friend. The 26-year-old actress said in a statement, "I have started taking basic Spanish lessons from a very good Spanish friend. He has been teaching me how to speak English with a Spanish accent and basic day-to-day words I can use in my scenes," reports IANS.

Bharat will be Nora Fatehi's second Bollywood project. She made her Bollywood debut with the 2018 film My Birthday Song. Nora is best-known for her dance performances in songs such as Naah, Manohari from Baahubali: The Beginning and Dilbar redux. She became a household name after she featured in the television reality show Bigg Boss season 9.

Nora Fatehi is currently seen as a host in the TV reality show Dating In The Dark.