Much like Salman Khan's entry scene in Bharat, the song Slow Motion will also be larger than life 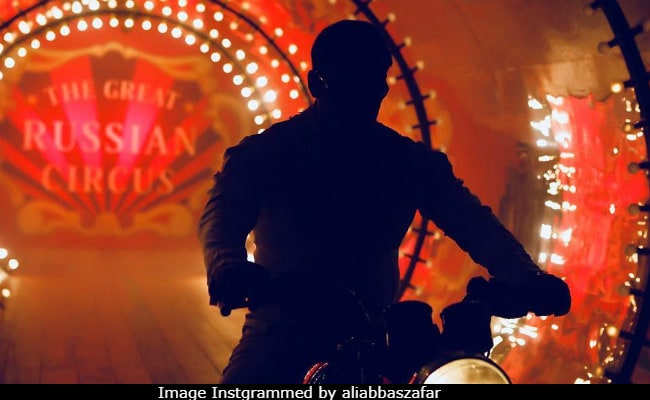 Salman Khan in a still from Bharat. (Image courtesy:

Remember how Bharat director Ali Abbas Zafar gave as an insight about Salman Khan's dramatic entry sequence in the film through his tweet? Well, it seems like Salman's entry sequence is not the only dramatic element in the film after all. There is a song titled Slow Motion, which is reportedly one of the biggest dance track to be ever made in Bollywood as it will feature over 500 dancers in the background, reports DNA. "This is possibly one of the biggest dance numbers in Bollywood. Since this is a circus sequence, there were over 500 background dancers. The track is called Slow Motion and it will feature Salman performing daredevil stunts as he enters through a fire ring," a source told DNA.Slow Motion is set against the backdrop of the sixties and seventies, when Russian circus was extremely popular.

Meanwhile, check out the picture that Ali Abaas Zafar shared from the sets of Bharat last month, in which we could see a silhouette of Salman Khan sitting on a bike, we even spotted a banner in the background that read, 'The Great Russian Circus.' Ali Abbas Zafar captioned the post: "Gear up for thunder... yeh khamoshi toofan se phele ki hai"

Salman Khan, who headlines the cast of Bharat, will be seen playing the role of a daredevil stunt motorcyclist in the film. Ali teased his fans by sharing a still from Salman's entry sequence in the film and wrote: "Ring of fire ..... and Bharat"

Bharat is a Hindi adaptation of the South Korean film Ode To My Father. The film also features Katrina Kaif, who stepped into Priyanka Chopra's shoes after she quit the movie. The film also stars Disha Patani, Tabu and Nora Fatehi. Bharat is slated to release on Eid next year