Bigg Boss 11: Colors TV revealed a few contestants, who'll join the show tomorrow and Shilpa Shinde is one of them 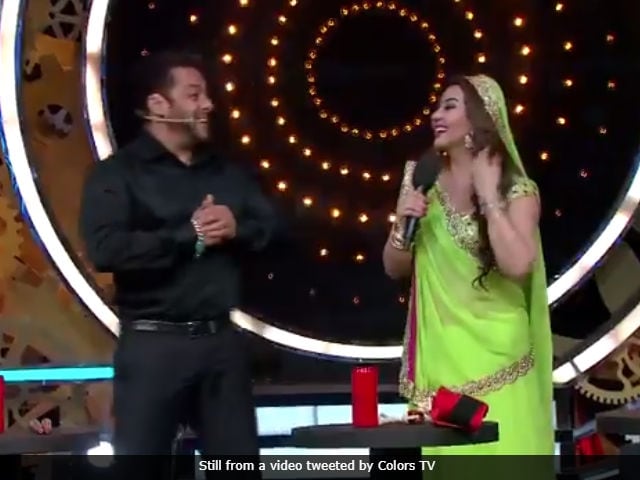 New Delhi: Bigg Boss is introducing some of the contestants of season 11 a day in advance. On the official Twitter handle of Colors, which will air the controversial game show, snippets of some contestants who will enter Bigg Boss' house tomorrow have been shared - one of them is former Bhabi Ji Ghar Par Hain actress Shilpa Shinde - sahi pakde hai! Shilpa Shinde, who quit the show after alleging that she was sexually harassed by one of the show's producers, turned up dressed like her onscreen character Angoori Bhabi, which is now played by Shubhangi Atre. Earlier, in an interview with Pinkvilla Shilpa said that she had turned down the offer to feature in Bigg Boss 11 but this video shows that she either changed her mind or that was just a move to take tele-viewers by surprise.

Apart from Shubhangi Atre, Haryana-based dancer Sapna Chaudhary will also enter the show. She will be a part of team celebrities. Take a look at Salman Khan welcoming Sapna to Bigg Boss:

Haryana's dancing queen Sapna Choudhary is here to win the entire nation's love. Watch this padosi tomorrow at 9PM only on #BB11. pic.twitter.com/SiKEfzp5zi

Names of Hiten Tejwani, Nia Sharma, Devoleena Bhattacharjee, Nandish Sandhu and Dhinchak Pooja have also featured in headlines for their reported participation in the show, which starts on October 1.

Promoted
Listen to the latest songs, only on JioSaavn.com
The Twitter handle of Bigg Boss also shared snippets of the first celebrity guests of the season. Actors Varun Dhawan, Taapsee Pannu and Jacqueline Fernandez will promote their new film Judwaa 2 in the grand premiere episode. Judwaa 2 is a remake of Salman Khan's 1997 film Judwaa.

Bigg Boss 11 will continue with last season's format of pitching celebrities against non-celebs with a new twist of padosi.

Are you excited to watch Bigg Boss 11? Tell us in the comments section below?