Black women are three to four times more likely to be at risk of pregnancy-related deaths compared to white women, according to the CDC. 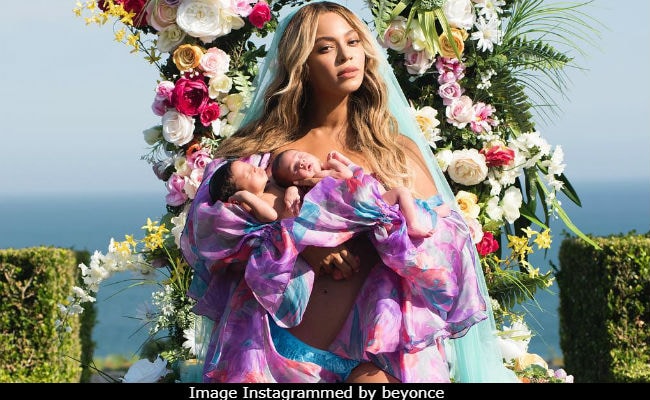 Beyonce. Serena Williams. While one is a singer and the other is a professional tennis player, there are many similarities between the women's lives. Both are at the top of their respective fields - Beyonce has 22 Grammy Awards. Williams has 23 Grand Slam singles titles. Both are African American. Both are mothers.

But the women have shared one life experience that has recently attracted widespread attention: Both survived potentially fatal pregnancy complications.

On Monday, Beyonce revealed in Vogue's September issue that she delivered her twins, Rumi and Sir, in June last year by emergency C-section after being bedridden for a month due to "toxemia," a condition better known as preeclampsia. The complication causes high blood pressure and can damage organs such as the liver and kidneys, according to the Mayo Clinic. The only cure for preeclampsia is delivering the baby.

"My health and my babies' health were in danger, so I had an emergency C-section," said the singer, who was also on the cover of the issue. "We spent many weeks in the NICU," referring to a neonatal intensive care unit. "I was in survival mode and did not grasp it all until months later. Today I have a connection to any parent who has been through such an experience."

Earlier this year, Williams also told Vogue about how she almost died after delivering her daughter Olympia via emergency C-section. Williams gave birth only a few months after Beyonce.

The tennis star, who has a history of developing blood clots, suffered a pulmonary embolism, meaning blood clots had blocked one or more of the arteries in her lungs, she wrote in a CNN opinion piece. From there, the problems only worsened. "Intense coughing" caused by the embolism led Williams to rip her C-section wound and when she went in for surgery, doctors discovered a large hematoma, or swelling of clotted blood, in her abdomen.

"When I finally made it home to my family, I had to spend the first six weeks of motherhood in bed," Williams wrote.

Williams has continued to be open about her struggles as a mother. On Monday, she took to Instagram to detail her experience with "postpartum emotions."

Last week was not easy for me. Not only was I accepting some tough personal stuff, but I just was in a funk. Mostly, I felt like I was not a good mom. I read several articles that said postpartum emotions can last up to 3 years if not dealt with. I like communication best. Talking things through with my mom, my sisters, my friends let me know that my feelings are totally normal. It's totally normal to feel like I'm not doing enough for my baby. We have all been there. I work a lot, I train, and I'm trying to be the best athlete I can be. However, that means although I have been with her every day of her life, I'm not around as much as I would like to be. Most of you moms deal with the same thing. Whether stay-at-home or working, finding that balance with kids is a true art. You are the true heroes. I'm here to say: if you are having a rough day or week--it's ok--I am, too!!! There's always tomm!

By publicly sharing the darker, and often traumatic, sides of their pregnancies, the women have reignited concerns surrounding maternal mortality rates, a trend that is especially high among black mothers, Daniel Grossman, a professor of obstetrics, gynecology and reproductive sciences at the University of California, San Francisco told The Washington Post in an email.

"People tend to think about pregnancy as a universally happy experience," Grossman wrote. "But the reality is that pregnancy is inherently risky, and while some of these risks can be mitigated by good prenatal care, many cannot. Black women face significantly higher risks during pregnancy, and Beyonce and Serena Williams help to put a very well-known face to these risks."

According to the Centers for Disease Control and Prevention, about 700 women in the U.S. die each year due to pregnancy or delivery complications. However, data gathered by the CDC's Pregnancy Mortality Surveillance System showed that "considerable racial disparities in pregnancy-related mortality exist" and black women are three to four times more likely to be at risk of pregnancy-related deaths compared to white women.

While the general public may assume that black women have higher risks of complications during pregnancy solely because of factors such as poverty or education, Grossman said that assumption is incorrect.

On social media, many pointed out that Beyonce and Williams are the latest examples of how dangerous pregnancy complications can affect black women from all backgrounds.

"I think about high profile, multi millionaires who have had complications with pregnancy and post partum (Serena Williams, Beyonce) and I'm reminded that the mortality of black mothers doesn't discriminate at all," one user wrote on Twitter.

In 2016, the New York City Department of Health and Mental Hygiene published an analysis of five years worth of data, which revealed that black college-educated mothers who gave birth in local hospitals were still more likely to suffer serious pregnancy-or-childbirth-related complications compared to women of other races or ethnicities who never graduated from high school.

Many studies have shown that racial disparities exist in health care. For example, doctors largely disregard or discount complaints of pain by black patients more frequently than they do for white patients.

A 2011 paper published in Clinical Orthopaedics and Related Research, a peer-reviewed journal, found that "Racial/ethnic minorities consistently receive less adequate treatment for acute and chronic pain than non-Hispanic whites, even after controlling for age, gender, and pain intensity."

Another study in 2016 conducted by researchers at the University of Virginia revealed that white people are more likely than blacks to be prescribed strong pain medications for the same symptoms. Researchers found that the reason for the disparity largely stemmed from people's long-held beliefs about biological differences between black and white people. These beliefs are "associated with the perception that black people feel less pain than do white people and with inadequate treatment recommendations for black patients' pain," according to the study.

Even Williams, a high-profile athlete, told Vogue she was not taken seriously when she first alerted hospital staff to the embolism. She said she told a nurse "between gasps" that she needed a CT scan with contrast and a blood thinner, but the nurse thought Williams' pain medication might have been confusing her.

Despite insisting, Williams said a doctor still performed an ultrasound of her legs, which didn't reveal anything, before sending her for a CT scan. The scan revealed that there were several small blood clots in her lungs and soon she was receiving blood thinning medication on a drip.

"I was like, listen to Dr. Williams!" she recalled.

On Twitter, entrepreneur and blogger Anil Dash wrote that there is "something profound and awful" about the fact that famous people such as Williams and Beyonce had to "fight to have their health concerns taken seriously during pregnancy. . ."

Grossman said medical professionals are taking more steps to try to better identify risk factors, recognize early signs of complications and treat conditions quickly using the best evidence available. However, he said doctors and nurses have been "slow to acknowledge the role that racism plays in poor outcomes," which range from placing unnecessary barriers to care or making unwarranted assumptions about patients.

Many, including Grossman, have praised Beyonce and Williams for bringing awareness to the numerous obstacles faced by black mothers and the need for a solution.

"Beyonce and Serena talking about their pregnancy dangers is gonna save someone," journalist and activist George M. Johnson tweeted.

(Except for the headline, this story has not been edited by NDTV staff and is published from a syndicated feed.)
Comments
beyoncepostpartum