"Being Sexy Is Next Level Hard Work": Samantha Ruth Prabhu On Her New Look In Pushpa Song Oo Antava

"I work really hard to excel at everything that I take up," wrote Samantha 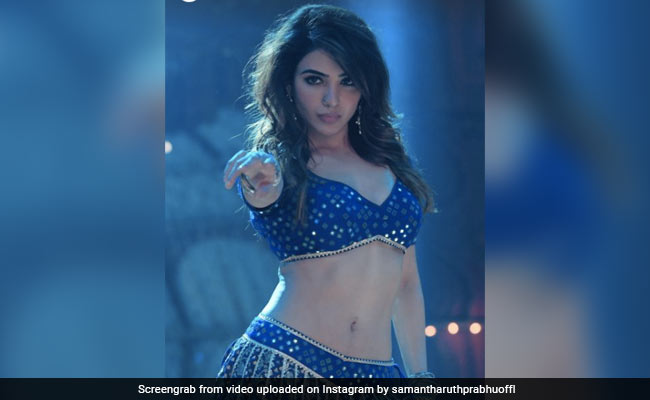 Samantha Ruth Prabhu has been garnering a whole lot of praise for her dance performance to the track Oo Antava in Allu Arjun's recently-released film Pushpa, courtesy the actress' never-seen-before look. Samantha, in her latest post on Instagram, wrote about the "hard work" that goes into becoming "sexy" for a film. Sharing a still from the song featuring herself and Allu Arjun dancing together, Samantha Ruth Prabhu wrote: "I played good, I played bad, I was funny, I was serious, I was a chat show host too... I work really hard to excel at everything that I take up ...but being sexy is next level hard work...phew #ooantavaooooantava Thank you for the love."

Samantha's last post appears to have arrived after a section of the Internet criticized her for doing the aforementioned dance number in Pushpa. However, her friends from film industry and a large section of her fans applauded the actress for nailing the dance performance.

Reacting to Samantha's latest post, actress Malavika Mohanan commented: "And how you excelled at that too! Uff!" with a fire icon. Musician Chinmayi Sripada also dropped fiery emojis. Samantha's ex sister-in-law Miheeka Bajaj and other celebs like Tamannaah Bhatia, Ruhani Sharma and Pearle Maaney also reacted to her post with fire icons.

On the personal front, Samantha Ruth Prabhu was married to actor Naga Chaitanya. They separated in October this year.