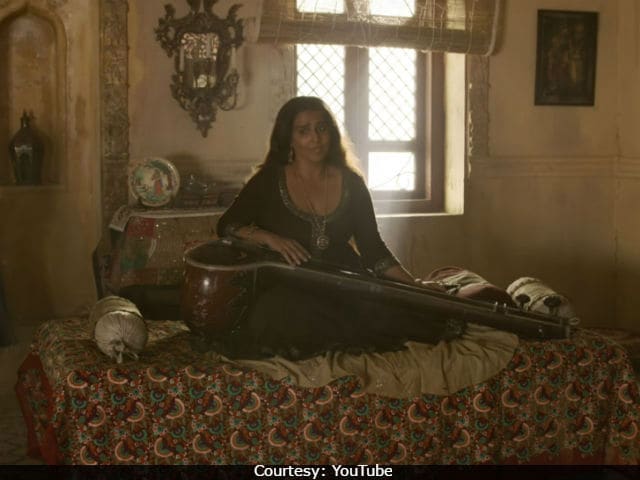 New Delhi: The new song Prem Mein Tohre from Vidya Balan's upcoming film Begum Jaan was unveiled today. It is sung by the legendary singer Asha Bhosle and her soulful voice brings magic to the tunes. Prem Mein Tohre is all about creating memories and reminiscing love. The song is sure to soothe your soul. Prem Mein Tohre opens on Vidya Balan, who stars as Begum Jaan, a brothel 'madam,' and later we see her girls playing Holi as Begum Jaan sings Prem Mein Tohre. Her voice reminds the girls at her brothel that life is also about celebrating love with ones you adore. The music has been composed by Anu Malik and the lyrics courtesy goes to Kausar Munir.


Begum Jaan is the Hindi adaptation of the 2015 Bengali movie Rajkahini, directed by Srijit Mukherji. Bengali actor Rituparna Sengupta headlined Rajkahini. Begum Jaan deals with the Partition era. The film revolves around the struggle of the prostitutes and how Begum Jaan (Vidya) tries to save her brothel, when asked to shift her base. Vidya Balan's castmates in the film are- Naseeruddin Shah, Ila Arun, Gauahar Khan, Pallavi Sharda, Rajit Kapoor and Ashish Vidyarthi and Chunky Pandey.

Promoted
Listen to the latest songs, only on JioSaavn.com
Of her role as a brothel 'madam,' Vidya said that it was a 'difficult film.' "I am the madam of a brothel and the film is set in the Partition times and we are at the risk of losing our house, our space so there is lot of emotional, mental and sexual violence and not physical violence. It was difficult to do the film as I am doing it for the first time," the actress told news agency PTI.

Produced by Mahesh Bhatt and Mukesh Bhatt, Begum Jaan is scheduled to release on April 14.