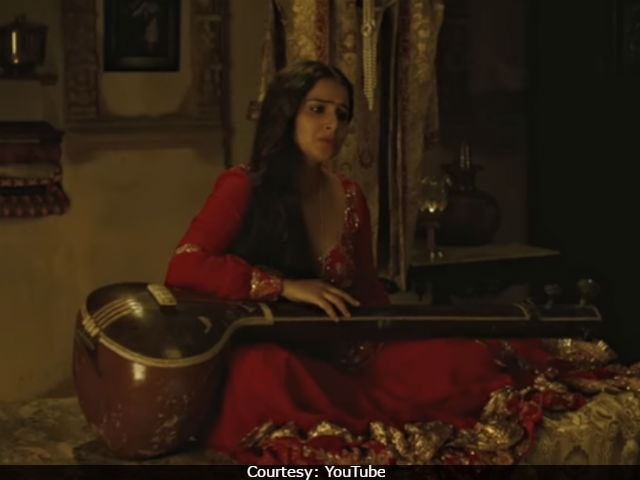 New Delhi: The third song from Vidya Balan's upcoming film Begum Jaan, was unveiled on Tuesday. Titled O Re Kahaaro, it is sure to strike a chord with the listeners. The song depicts the struggle and plight, which Vidya as Begum Jaan, a brothel 'madam,' and the women at the brothel go through. The other two songs, Prem Mein Tohre and Aazaadiyan, were released last month. O Re Kahaaro is written by Kausar Munir and sung by Altamash Faridi and Kalpana Patowary, who is a famous Bhojpuri singer. Begum Jaan is helmed by National Award-winning director Srijit Mukherji. The film is set during Partition era.


Begum Jaan is the Hindi adaptation of 2015 Bengali film Rajkahini, which was headlined by Rituparna Sengupta.

Of the film and her role, Vidya earlier told news agency PTI, "I am the madam of a brothel and the film is set in the Partition times and we are at the risk of losing our house, our space so there is lot of emotional, mental and sexual violence and not physical violence. It was difficult to do the film as I am doing it for the first time."

Promoted
Listen to the latest songs, only on JioSaavn.com
In an interview to Times Of India, Vidya said that Srijit Mukherji's script and Kausar Munir's dialogues made her come on board for the film.