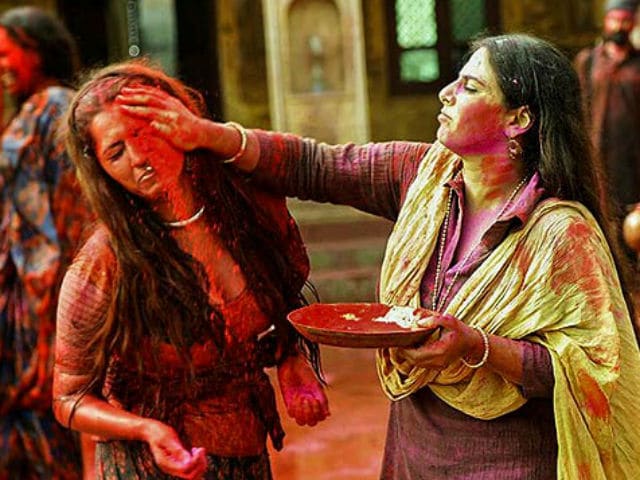 New Delhi: Vidya Balan's latest film Begum Jaan, which got a slow start on Friday, showed an 'upward trend' at the box office yesterday (Day 3), tweeted trade analyst Taran Adarsh. The film collected Rs 4.03 crore on Sunday. Box Office India predicts that Begum Jaan 'will struggle' to maintain a decent position. The film has so far earned Rs 11.48 crore, Taran Adarsh reports. Vidya's film has opened to damp reviews on April 14, despite promotions on a large scale. The 38-year-old actress plays a brothel 'madam' in the Srijit Mukherji-directed film. The plot of the film is based in the Partition era.

#BegumJaan has an advantage: Controlled costs... Theatrical biz revenue from non-theatrical avenues should make it an earner.

In his review for NDTV Movies, Saibal Chatterjee gave the film 2.5 stars out of 5. "Vidya Balan could count this performance as another feather in her already overflowing cap, but the fire-spewing character that she plays is far too flappy to go down in the annals of Hindi cinema as an unforgettable screen heroine. She is phenomenally riveting no doubt, but the film that rests awkwardly on her shoulders is passable at best."

Begum Jaan is an adaptation of Bengali film Rajkahani, which was headlined by Rituparna Sengupta. The film also stars Gauahar Khan, Pallavi Sharda, Illa Arun, Chunky Pandey and Naseeruddin Shah in pivotal roles. Of her role, Vidya earlier told news agency PTI, "I am the madam of a brothel and the film is set in the Partition times and we are at the risk of losing our house. It was difficult to do the film as I am doing it for the first time."

Promoted
Listen to the latest songs, only on JioSaavn.com
Begum Jaan is produced by brother Mahesh and Mukesh Bhatt.

Begum Jaan released along with Hollywood film Fate Of The Furious and Punjabi film Manje Bistre.