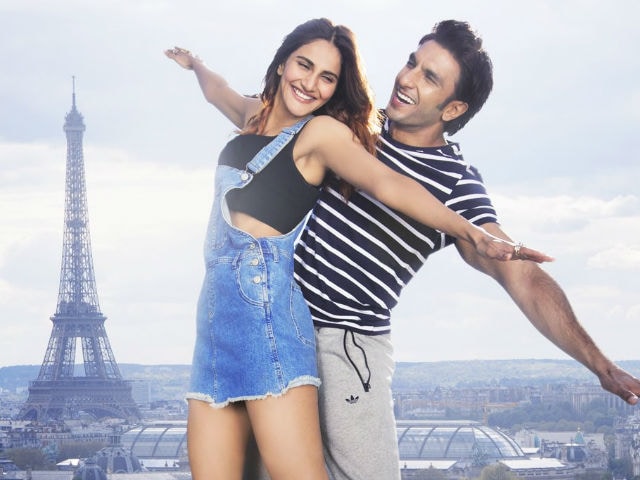 New Delhi: Bollywood film Befikre's box office collection appears to be dwindling with each passing day, although it's made a respectable amount so far. The film opened on a promising note with Rs 10.36 crore in its account on day 1. However, on Tuesday or day 5, Ranveer Singh and Vaani Kapoor's film made only Rs 3.59 crore, according to trade analyst Taran Adarsh. The box office total of the Aditya Chopra-directed Befikre stands at Rs 43.22 crore till date. Befikre is a homecoming (of sorts) for Aditya Chopra, who last directed Shah Rukh Khan and Anushka Sharma in 2008 film Rab Ne Bana Di Jodi. Befikre, which released on December 9, did not receive very favourable reviews from either critics or cine-goers.

Befikre, starring Ranveer and Vaani as Dharam and Shyra and is about their journey of exploring new relationships and the meaning of love. Dharam and Shyra aren't interested in the conventional ways of 'falling in love' (like Aditya Chopra's Simran and Raj did in Dilwale Dulhania Le Jayenge) - instead, they want to create their own rules of romance.


With Befikre, Aditya Chopra transitioned into a new phase of depicting romance on celluloid. Until now, he made films like Dilwale Dulhaniya Le Jayenge, Mohabbatein and Rab Ne Bana Di Jodi, which follow Bollywood's favoured notions of love, sacrifice and longing. With Befikre, Aditya's captured the new nuances of love and relationships.

Promoted
Listen to the latest songs, only on JioSaavn.com
Saibal Chatterjee, in his review for NDTV.com, said: "Befikre isn't as radical as might seem at first glance." He gave the film 2.5 stars out of five.

Ranveer Singh, 31, will be next seen in Sanjay Leela Bhansali's Padmavati with Deepika Padukone and Shahid Kapoor. The film is based on Alauddin Khilji's attack on Chittor and Rani Padmavati's Jauhar. Ranveer plays Alauddin Khilji and Deepika will be seen as Padmavati. Shahid Kapoor plays Deepika's husband Ratan Singh.