Becoming Mary Kom: Damn, Did Priyanka Chopra Really do This? 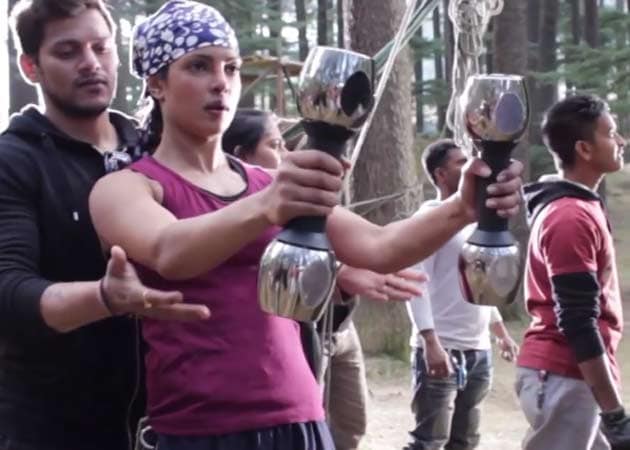 You might love Priyanka Chopra's performance as boxer Mary Kom, or you might hate it. Either way, it's unlikely that you will fail to be completely and utterly stunned by the bone-crunching, muscle-wrenching physicality of the role.

Priyanka herself confessed to having been left a little stunned:

Becoming Mary Kom was even more challenging, as the video in Priyanka's tweet proves. In the words of one boxing trainer, "Mary Kom boxed for 15-20 years. Priyanka had to learn to box like her in a few months." (Also Read: Priyanka Chopra is Destiny's Favourite Child)

"Priyanka did all the running, all the jumping, all the workouts," says her fitness trainer, for those who might be disinclined to believe that the actress did not use a body double or a stunt woman.

Promoted
Listen to the latest songs, only on JioSaavn.com
Director Omung Kumar puts it simply when he says that "nobody but Priyanka could have played Mary Kom."