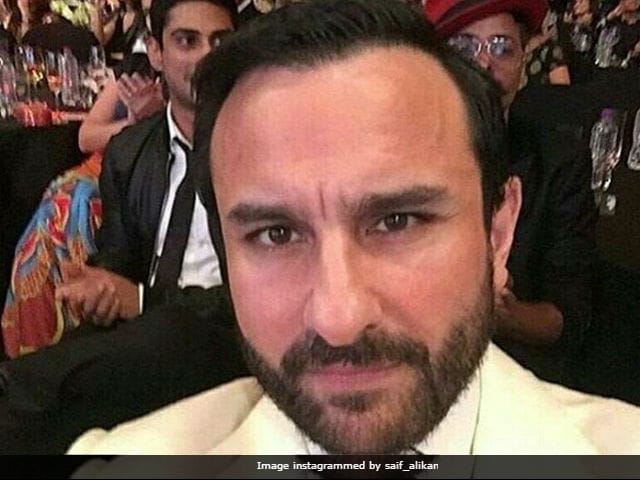 New Delhi: The first poster of the film Baazaar was released on Friday. A dapper Saif Ali Khan looks intensely at the camera, which also has a silhouette of Rohan Mehra, set against the backdrop of the busy cityscape of Mumbai. Dressed in a neat suit, Saif Ali Khan means business with his intriguing looks in the poster. Baazaar is Rohan's debut in Bollywood. He is the son of the late actor Vinod Mehra. The film is directed by Gauravv K Chawla. The tagline of the film reads, "Yahaan paisa Bhagwaan nahin, par Bhagwaan se kam nahin." This literally translates to, 'Money isn't God here, but it is no lesser than God." The film revolves around the Indian stock markets and Saif Ali Khan plays a businessman who deals with stocks and trading. The film will release on December this year. Gauravv K Chawla shared the poster.

It's been a long journey, which has just begun! #Baazaar - This December is gonna be all about the Money!! #BaazaarPosterpic.twitter.com/IK8Z5zJDOd

The film is reported to be loosely based on Michael Douglas Wall Street or Leonardo Di Caprio's The Wolf of Wall Street. The film was reportedly offered to Hrithik Roshan and Akshay Kumar earlier. Later, there were also reports of the film being shelved.
Promoted
Listen to the latest songs, only on JioSaavn.com