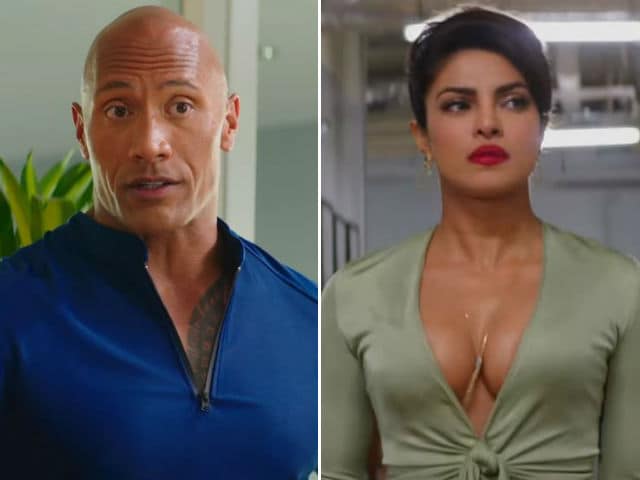 Baywatch Trailer: Dwayne Johnson and Priyanka Chopra in the film

New Delhi: Priyanka Chopra is in no hurry to announce her next Bollywood film. But today, we have no complaints because she just shared a teaser of her first Hollywood film, Baywatch. It looks smashing. Priyanka, 34, shared the teaser with a message of equal swag: "You see them as the 'Lifeguard Squad'... I see them as my prey! Enjoy the sun while you can because this beach is mine. So step aside and #Wait4VictoriaLeeds." Yes, we do get a glimpse of Victoria Leeds (the villain played by Priyanka Chopra) and she takes all the attention from Dwayne Johnson and Zac Efron in just a nano second.

What Priyanka shared was a teaser, but the makers have also released the first trailer of Baywatch - Priyanka still has just a one second appearance. She walks confidently, sipping champagne and looking rather upset. The trailer's got more action sequences than beach views although Zac and Dwayne are a laugh riot together.

Promoted
Listen to the latest songs, only on JioSaavn.com
Seth Gordon, director of Horrible Bosses, has helmed the film which releases on May 26 next year. Baywatch will release alongside Johnny Depp's Pirates of the Caribbean: Dead Man Tell No Tales and Life, starring Rebecca Ferguson and Jake Gyllenhaal.

Baywatch is based on the hugely popular 1990s television series of the same name which featured David Hasselhoff and Pamela Anderson. Both actors have cameos in the movie.