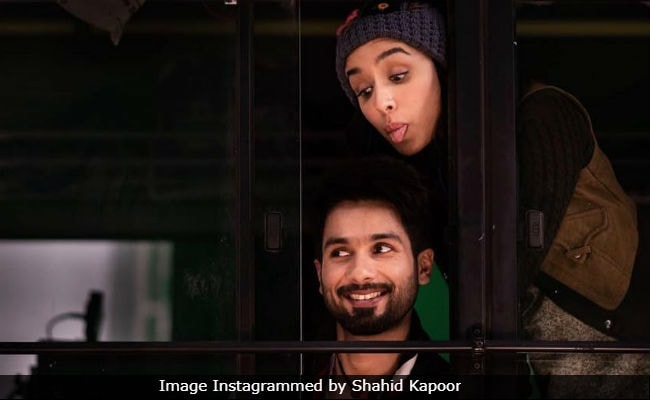 Shahid Kapoor unveiled the first poster of Batti Gul Meter Chalu on Thursday along with a reminder that the film's trailer arrives tomorrow (August 10). The actor shared the poster across different social media platforms and wrote: "It's current, it's light, it's shocking! Batti Gul Meter Chalu trailer will be out on Friday at 12:30 pm." The poster perfectly encapsulates the very essence of the film as it features a fused bulb in the foreground along with a tagline: "Fused bulb se kranti nahi lai sakti ." The film showcases the story of a common man (played by Shahid Kapoor) and his struggle against the power distribution companies over exorbitant electricity bills.

Film's lead pair Shahid Kapoor and Shraddha Kapoor wrapped up the film's final schedule in Mumbai last month. The film's shooting concluded with a dance sequence which was shot in Mehboob Studios.

Shahid and Shraddha even treated their fans to several pictures from the sets of the film. Remember their "tongue and cheek" picture that went viral ?

Batti Gul Meter Chalu's shooting was delayed due to a tussle between Prernaa Arora's KriArj Entertainment and Bhushan Kumar's T-Series. After much ado, the film finally went on floors in February this year and it has been produced by Bhushan Kumar.

Batti Gul Meter Chalu is a social drama that deals with the problem of power shortage in India. The film also features Yami Gautam, who will be seen portraying the role of a lawyer in the film. The film has extensively been shot in Uttarakhand.