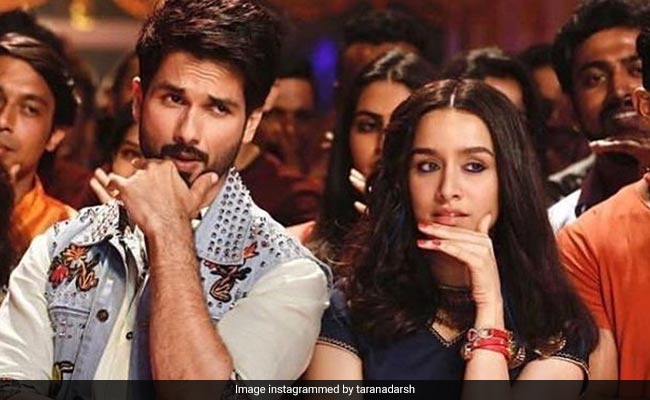 Batti Gul Meter Chalu released with Nawazuddin Siddiqui's Manto, which failed to make a mark at the box office. "Manto continued its poor run and will just about complete a week at the theatres. The lifetime business of the film will be Rs 3.50 crore (nett) and even that looks a best case scenario," the Box Office India report stated.

In his review for NDTV, film critic Saibal Chatterjee gave the film two stars out of five and wrote: "Shahid Kapoor has a sense of coming timing, Shraddha Kapoor is occasionally fetching and Divyendu Sharma is steady, but the film tries to pack in more than it can comfortably hold. The slippages stick out in spite of the fact that Batti Gul Meter Chalu makes the right noises for the most part. If only it took less time and fewer detours to get to the point, it might have dodged its frequent blackouts."

This Friday, Varun Dhawan and Anushka Sharma's Sui Dhaaga is all set to hit the screens. The film showcases the journey of a tailor Mauji (Varun Dhawan) and his embroiderer wife Mamta (Anushka Sharma), who wish to start their own clothing business.