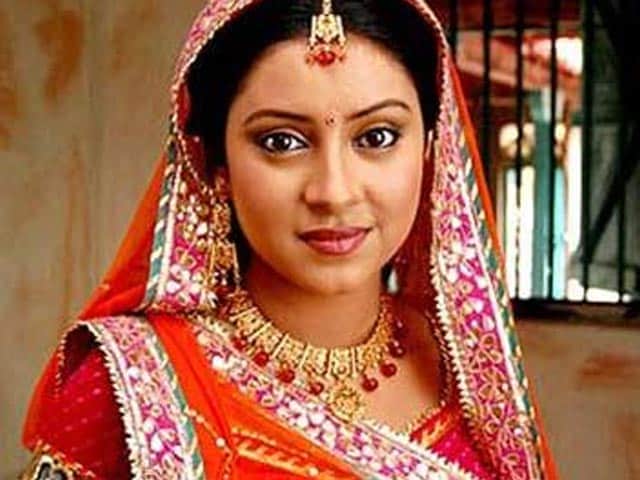 Pratyusha in a still from Balika Vadhu

Pratyusha died in Mumbai's Kokilaben Ambani Hospital, where she was taken after she allegedly hanged herself at home.

Mumbai Police spokesperson Dhananjay Kulkarni said they received a report on the actress' death from the hospital and that the police will now be investigating.

The actress allegedly killed herself over difficulties in her personal life. In January this year, Pratyusha had alleged that she was molested by some men dressed as police personnel.

Actor Eijaz Khan, a close friend of Pratyusha's, has alleged that she had been murdered.

"My friend is no more. I know that what happened was very wrong. But this is not a case of suicide. She was not so weak. It seems to be a case of planned murder," Mr Khan told NDTV.

Pratyusha Banerjee played Anandi on Balika Vadhu from 2010 to 2013. She was also a contestant on reality shows Bigg Boss and Jhalak Dikhhla Jaa and appeared on several other shows like Sasural Simar Ka.

Pratyusha's death has sent shockwaves through Bollywood. TV actress Kamya Punjabi, with whom she featured on Bigg Boss, told DNA , "I am not in the right frame of mind."

This is just so sad...and a wake up calm to families and friends who don't consider depression a medical condition...RIP #PratyushaBanerjee

Shocked 2 hear tat a talent lke #Pratyushabanerjee is no more..suicide is not d end of a prblm..shw d guts 2 live as u shw in killing urself