Bala box office collection: The Monday business of Ayushmann Khurrana's film will give an estimate of its lifetime business. 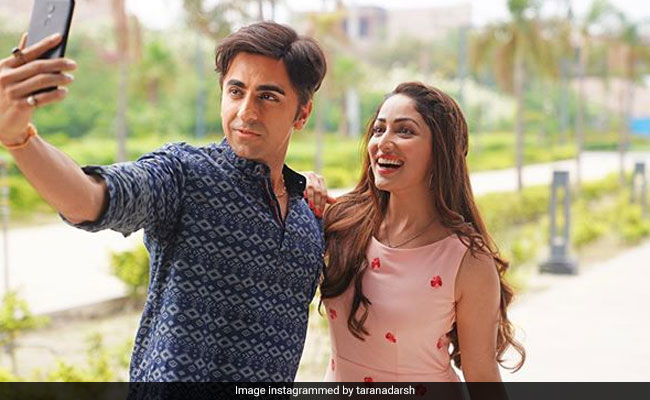 Ayushmann Khurrana's Bala secured a Rs 40-crore opening weekend becoming the actor's sixth consecutive box office hit. Trade analyst Taran Adarsh tweeted the updated box office report card of the Amar Kaushik-directed film, which opened to rave reviews on Friday. "Bala is rocking... Packs a fantastic total in its opening weekend... Tier-2 and Tier-3 cities - which were decent/good - join the party on day 3... Monday business is crucial and it will give an idea of its lifetime business. India total business is Rs 43.95 crore," he tweeted. Though the opening weekend numbers are fantastic, Bala failed to beat Ayushmann's previous film Dream Girl (Rs 44.57 crore) in the category. However, the film performed better than Ayushmann's AndhaDhun (Rs 15 crore) and Article 15 (Rs 20.04 crore).

Earlier, Ayushmann Khurrana told news agency IANS that he doesn't feel scared about his films' box office success but added that commercial success makes an actor confident to take risks. "I don't feel scared as such but I think when you deliver back-to-back successful films, the producers of your film feel confident their film will get a better opening at the box-office I feature in it. I think after being a part of successful films, you become more fearless and more confident because you know that your past choices have been proven right. It tends you to take more risks," he had said.

Bala, which also features Bhumi Pednekar and Yami Gautam, is the story of a prematurely balding man overcoming his insecurities and battling societal stigma.