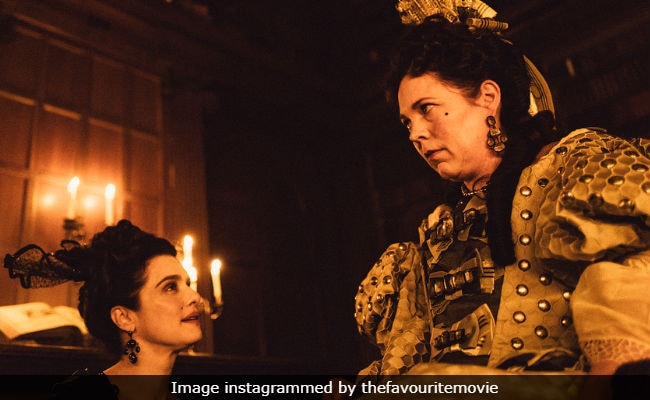 Black historical comedy The Favourite in which actress Olivia Colman stars as Queen Anne is tipped for success Sunday at the British BAFTA awards in London. With the pre-Oscar award season in full swing, the critically acclaimed costume comedy about a cantankerous queen and her scheming court will vie for a dozen honours. Olivia Colman is tipped for the leading actress gong for her uproarious depiction of the largely forgotten monarch in Greek director Yorgos Lanthimos's 18th century hit.

Olivia Colman, 45, is up against Glenn Close (The Wife) and Lady Gaga (A Star is Born) - the same power duo she will face at the Oscars on February 24.

The Favourite also stars Rachel Weisz and Emma Stone who are both up for best supporting actress while Lanthimos will face Roma's Alfonso Cuaron for the best director award.

Rachel Weisz and Stone are also in the running for Oscars in a proud year for the British film industry.

The best film category features Green Book - an interracial buddy comedy set in 1962 by director Peter Farrelly - and Bradley Cooper's remake of the 1937 classic A Star is Born.

The British bookies have Spike Lee's BlacKkKlansman as the long-shot for the coveted golden mask award.

The 2019 edition has also been tinged by scandal.

This referred to an article in the US magazine The Atlantic detailing sexual misconduct allegations that included underage sex.

Bryan Singer denies the story and the film itself is still up for the award.

Rami Malek's portrayal of the late Queen frontman Freddie Mercury - a victim of the AIDS epidemic in the days when homosexuality was taboo in rock-and-roll - has made him the favourite for the leading actor award. "It's an immense responsibility," Rami Malek said of playing the music icon.

"You don't want to mimic Freddie, you want to be able to understand why he did what he did."

Christian Bale's transformation into the humourless but powerful former US Vice President Dick Cheney in Vice has also earned him a leading actor nomination nod.

Mahershala Ali (Green Book) and Richard E Grant (Can You Ever Forgive Me?) are the frontrunners for the supporting actor award.

Lord of the Rings director Peter Jackson's They Shall Not Grow Old in which silent black-and-white footage from World War I was transformed into a 3D colour movie with sound is up for best documentary.

The film to mark the centenary of the end of the Great War was a massive hit in Britain when it aired on the BBC in November.

"People have restored film before, but they haven't really restored it to the Nth degree," Jackson said.