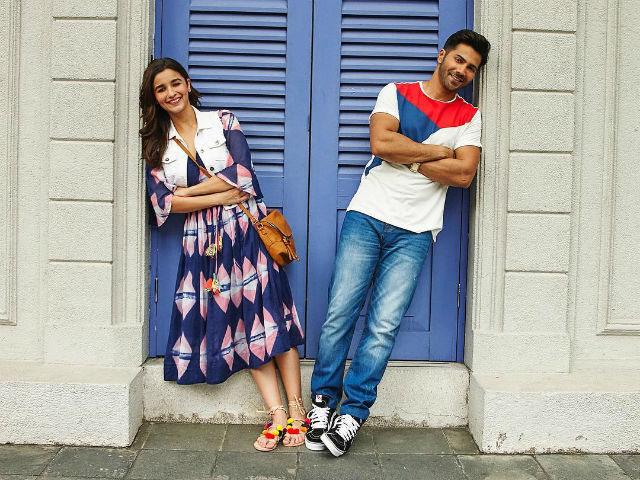 New Delhi: Alia Bhatt and Varun Dhawan's recent film Badrinath Ki Dulhania continues to rule the box office and is racing towards the 100-crore mark, tweeted trade analyst Taran Adarsh. The film, which released on March 10, has collected Rs 83.77 crore so far, tweeted Mr Adarsh. Badrinath Ki Dulhania, a sequel to Alia and Varun's 2014 hit film Humpty Sharma Ki Dulhania, made a business of Rs 5.90 crore on Saturday. In a separate tweet, Mr Adarsh wrote that the film is 'trending' and the business of the film is expected to increase during the weekend. The film is directed by Shashank Khaitan. Here's Taran Adarsh's tweet on Badrinath Ki Dulhania box office report:

Badrinath Ki Dulhania stars Varun 29, as Badrinath Bansal, a suitable groom, who falls in love with Vaidehi Trivedi, played by Alia Bhatt, 24. The story revolves around what Badrinath does to woo Vaidehi, as he wants to make Vaidehi his dulhania. However, Vaidehi, who is a confident and an ambitious girl is unimpressed by Badrinath and rejects him.

Promoted
Listen to the latest songs, only on JioSaavn.com
Badrinath Ki Dulhania is Alia and Varun's third film together after they debuted in 2012 with Karan Johar's Student Of The Year, also featuring Sidharth Malhotra.

Alia Bhatt will next be seen in Ayan Mukherji's Dragon opposite Ranbir Kapoor and has also signed Zoya Akhtar's Gully Boy with Ranveer Singh. Meanwhile, Varun Dhawan is prepping for Judwaa 2, a sequel to Salman Khan's 1997 film Judwaa 2. The film releases on September 29 and stars Jacqueline Fernandez and Taapsee Pannu.