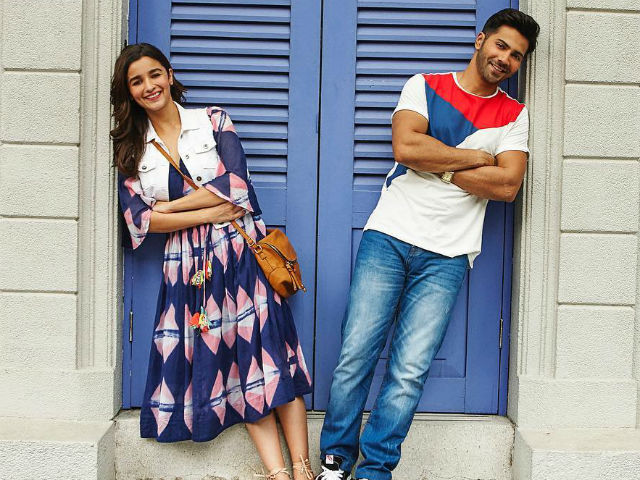 New Delhi: It's a good day for Alia Bhatt and Varun Dhawan, whose new film Badrinath Ki Dulhania, has made just a shade under Rs 100 crore. Give it one more day and the film will celebrate its massive success at the box office with a collection of Rs 100 crore, reported trade analyst Taran Adarsh. Mr Adarsh also reported that the film has made a total of Rs 98.69 crore at the box office. "Badrinath Ki Dulhania will hit a century today [Thu]. Will enter/cross Rs 100 crore on Day 14," he tweeted on Thursday. In another tweet, Mr Adarsh hailed Alia and Varun's new film as "superhit." Directed by Shashank Khaitan, Badrinath Ki Dulhania is Alia and Varun's third film together and is actually a sequel to their 2014 wedding drama Humpty Sharma Ki Dulhania.

It appears that Adarsh's prediction about Badrinath Ki Dulhania has come true. Earlier last week, Mr Adarsh had said that Alia and Varun's film is expected to rule the cinemas during its second week at the box office.

Promoted
Listen to the latest songs, only on JioSaavn.com
Badrinath Ki Dulhania opened to mixed reviews while praises for the co-stars poured in from their colleagues on Twitter. In his review for NDTV Movies, Saibal Chatterjee wrote, ""Varun and Alia deliver energetic performances," and also added that the film is a "mellow tale of patriarchy, love, honour and ambition."

Dear Zindagi with Shah Rukh Khan was Alia Bhatt's last movie and she will next be seen in Dragon, co-starring Ranbir Kapoor. Meanwhile, Varun is busy filming Judwaa 2, which is a sequel to Salman Khan's 1997 film Judwaa.