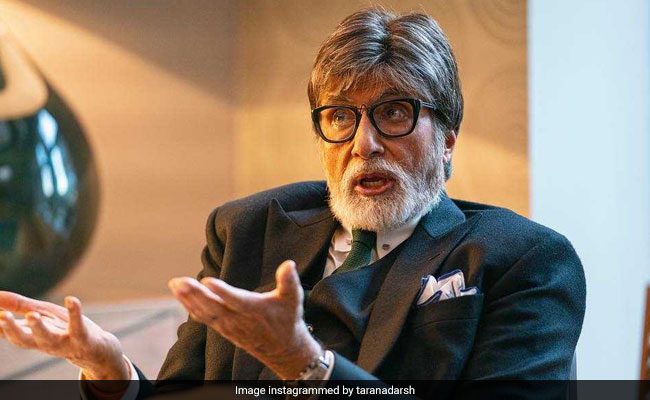 Amitabh Bachchan in a still from Badla. (Image courtesy: taranadarsh)

Sujoy Ghosh's Badla, starring Amitabh Bachchan and Taapsee Pannu, has not only emerged as a hit at the box office, it "remains the first choice of moviegoers," reports Bollywood trade analyst Taran Adarsh. The thriller, which opened in screens over two weeks ago, has managed to collect Rs 73.59 crore within 12 days of its release. According to Taran Adarsh's latest tweet, the film showed "fantastic hold" on Tuesday as it garnered over Rs 2.60 crore. In his tweet, Taran Adarsh stated that the film is on the verge of becoming a "superhit."

The film has not only impressed the audiences but it also opened to great reviews from film critics. Film critic Saibal Chatterjee, gave the film three stars out of five in his review for NDTV. He wrote: "In a role that is right up his alley, Amitabh Bachchan is classy. Taapsee Pannu is right on the button as a cornered woman on the brink of a catastrophe, as is Amrita Singh as an aggrieved mother who has nothing to lose."