Did you know it was Tabu, who suggested Neena Guptas name for the film? 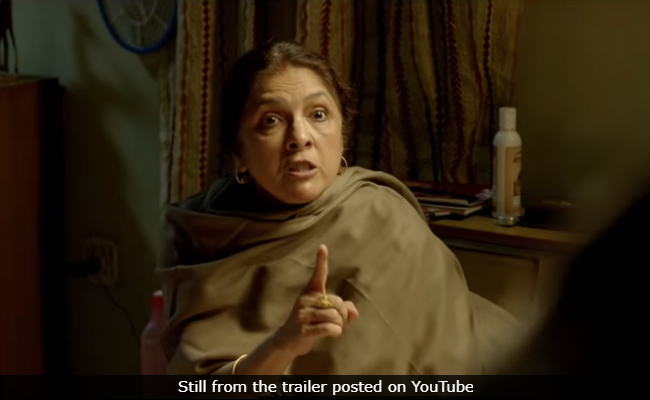 It's hard to imagine Badhaai Ho without Neena Gupta and Gajraj Rao but did you know that these two actors were not the first the first choice of director Amit Sharma. Yes! You read that right. His first choice for the role of the elderly couple was Tabu and Irrfan Khan, reports news agency IANS. During a recent interview, Amit Sharma revealed that he initially wanted to cast Tabu for the role of the mother. However, the actress rejected the role stating that she "looked like a woman who can still have a child." The director also revealed that if weren't for Tabu, Neena Gupta wouldn't have been a part of the film as it was Tabu who suggested Neena Gupta's name for the role. During the interaction, Amit told IANS: "We had gone to Tabu ji for the role. At that time, we had a different script in mind and we wanted Tabu ma'am and Irrfan Khan sir. When she heard the script, she suggested Neenaji's name for her character. Tabu felt, perhaps rightly, that she looked like a woman who can still have a child."

During the media interaction, the director also revealed that Ayushmann Khurrana (who played the role of the couple's elder son jokingly suggested that he could have played the role of the father as well as the son. "Ayushmann jokingly suggested he should play both the father and son. It was Ayushmann who suggested Gajraj Rao's name. I knew him from the time we worked together for Pradeep Sarkar. When he heard the script for Badhaai Ho, he advised we get a bigger star to play the role since it was a major part. But I insisted on him. He agreed," IANS quoted Amit Sharma as saying.

Badhaai Ho showcases the story of a middle-aged couple with an grown up son, played by Neena Gupta and Gajraj Rao, who are expecting another child. The film also features Sanya Malhotra, Surekha Sikri and Sheeba Chaddha and it has earned over Rs 61 core as of now.