Baahubali's The Rise Of Sivagami Turns Into Web-Series, Courtesy Rajamouli And Netflix

The Rise Of Sivagami, set before the events of the Baahubali films, is a three-part book series 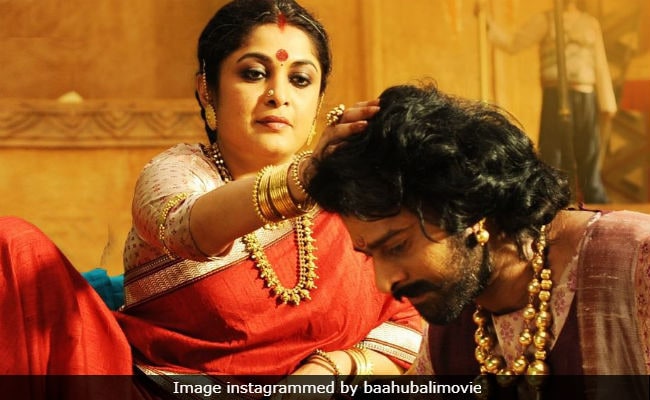 It's confirmed, Baahubali prequel series, will be backed by Netflix, which is gaining momentum among Indian audiences (remember Sacred Games?). The Hollywood Reporter on Thursday stated Netflix acquired the rights to adapt The Rise of Sivagami in a web-series. The Rise of Sivagami, written by Anand Neelakantan, is a three-part book series and the first novel hit the bookshelves in March 2017, a month before the release of Baahubali: The Conclusion. Director SS Rajamouli, who made both the Baahubali films, has teamed up with Arka Media Works and Netflix for the series.

The events of The Rise Of Sivagami are set several years before the events of the Baahubali films and as the title suggests, it narrates how Sivagami (played by Ramya Krishnan in films) became the 'Rajmata' of fictional Mahishmathi. In the novel, Sivagami's father was falsely branded traitor and executed by the king of Mahishmathi, after which she vows to destroy the kingdom. However, fate has different plans for her. Apart from Sivagami, the novel also narrates the stories of Kattappa (played by Sathyaraj in the films), Bijjaladeva (Nassar in the films) and Mahadeva (Amarendra Baahubali's father). Mahadeva was briefly mentioned in the films but did not feature as a full-fledged character.

The casting and release dates of Netflix's upcoming series have not been revealed yet, the report added.

The Baahubali films released to tumultuous response at the box office worldwide. The second part of the film set several records at the ticket window (it collected over Rs 1,500 worldwide), many of which remain intact a year later.