Baahubali: The Conclusion - Secret Behind The Looks Of Devasena, Sivagami And Avantika 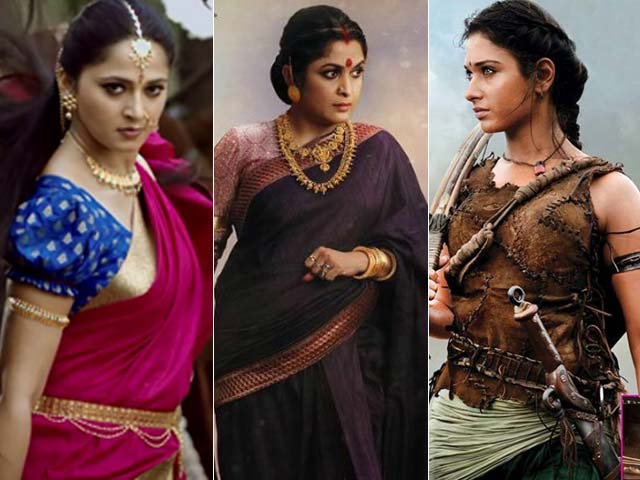 Baahubali: Devasena, Sivagami and Avantika in stills from the film

Chennai: Baahubali: The Conclusion will focus on the story of Amarendra Baahubali and all the intrigue in the kingdom of Mahishmathi. But apart from the giant warriors Baahubali and Bhallala Deva, the film's women are shown to be equally powerful and regal. It wasn't an easy task to create the right look for the multi-faceted personalities of Devasena (Anushka Shetty), Sivagami (Ramya Krishnan) and Avantika (Tamannaah). In an exclusive interview, the two costume designers, Rama Rajamouli (SS Rajamouli's wife) and Prashanti Tipirneni, break it down for us. Baahubali: The Conclusion is scheduled to have a worldwide premiere on Thursday and hit screens on April 28.

A lot of research went into conceptualizing the clothes of the three leading women characters in Baahubali. From sari drapes to colour combinations and jewellery, Rama and Prashanti, zeroed in on designs, after in-depth discussions with the pre-visualisation department. Prashanti who has designed costumes for 6 films prior to Baahubali, says "I basically designed the costumes for Devasena and her Kunthala Rajyam. Rama and I are good friends and so we shared a great rapport at work. We researched sari drapes together. Apart from Amar Chitra Katha and Chandamama books, one of main inspirations for these ladies, were the paintings of Raja Ravi Varma. The grace and ethereal quality he depicts his women with in his canvas, was what we wanted to give our heroines. So the sari drapes especially were inspired by his paintings." 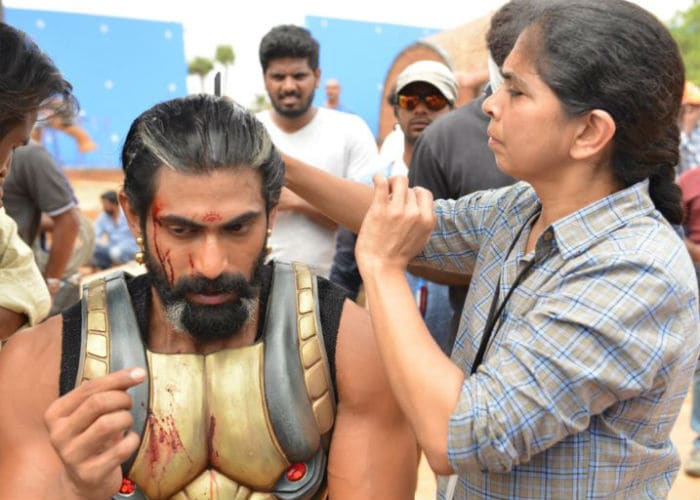 Throwing more light on the subject, Rama Rajamouli says, "Baahubali being for pan Indian audiences, we wanted to give their clothes a universal feel. That was most challenging for us. So we tried out a completely new style, sticking to basics but evolving it as we went along. So we kept the traditional 9 yards sari famous in Southern India, but worked on the way it was draped so as to add to Sivagami's personality and reflect her regal posture, grace and power." Devasena's costumes had delicate designs and flowery patterns. Says Prashanti, "She is a great patron of the Fine Arts. So her clothes reflect her penchant for the ornate and delicate patterns and textures." Designing costumes for Avantika, aka Tamannaah, followed a different template. Rama says, "She has a warrior look so we gave her a dhoti and a leather armour for her torso. The leather had to be specially designed to look tough yet be malleable enough to not crumble and crack under the pressure of so many movements. So for malleability, we lined it with rubber. She had to wear layered clothing and it must have been very hot for her."

Interestingly, it took five days for the team to arrive at the correct tan for Tamannaah's warrior look. Rama says, "She plays a forest woman exposed to the elements all the time. So we had to tan her. Now, Tamannaah is so fair that it we had to give her a 10 shade darker tan. This was not easy. You cannot just keep adding a darker shade to arrive at the perfect tan. You have to try out different base make up colours, then keep adding shades to it, till you arrive at the perfect shade. Everytime, you have to remove the entire make up, in order to try out the next base shade. This is extremely time consuming. So it took us five whole days to get the right shade for her. She was very patient all through. Even during shoot, she had to arrive at 4 am to apply make up for a 7: 30 am shot!"

Talking about the hairstyles of the ladies, Rama says, "We have experimented with various hair dos inspired by Amar Chitra Katha comics and Chandamama stories. Some of the hairstyle we've tried will be completely new for the screen." 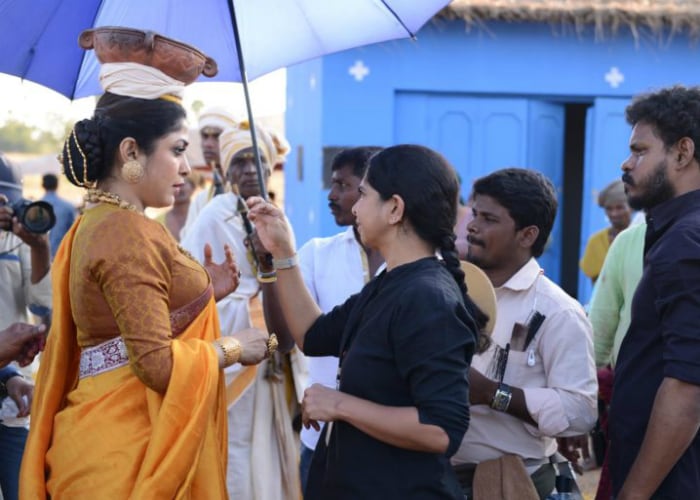 Promoted
Listen to the latest songs, only on JioSaavn.com
We learn of an interesting detail about the jewellery worn by the royals in the film. Rama says, "The jewellery worn by Prabhas and Rana Dagubatti on screen, is actually real silver dipped in gold polish. While their jewellery has a solid look, Devasena's jewels are more delicate, reflecting her artistic temperament. Actually, for Sivagami's character in part 1, we used our own real jewellery, which we all brought from our homes. We felt that wearing real jewellery would get her instantly into character and give authenticity to the scenes. We didn't want to compromise on anything. At that time, we couldn't get any brand to sponsor jewellery for Baahubali, since nobody recognized the potential and impact of the film. But after Baahubali: The Beginning became such a blockbuster, many sponsors came forward. For Part 2, we've collaborated with Amrapali Jewels who have designed Devasena's real gold jewellery." Prashanti adds, "Many of the designs are not available in the market and are designed by me and Amrapali, right from maang tikas, waist belts and nose pins to earrings and necklaces" 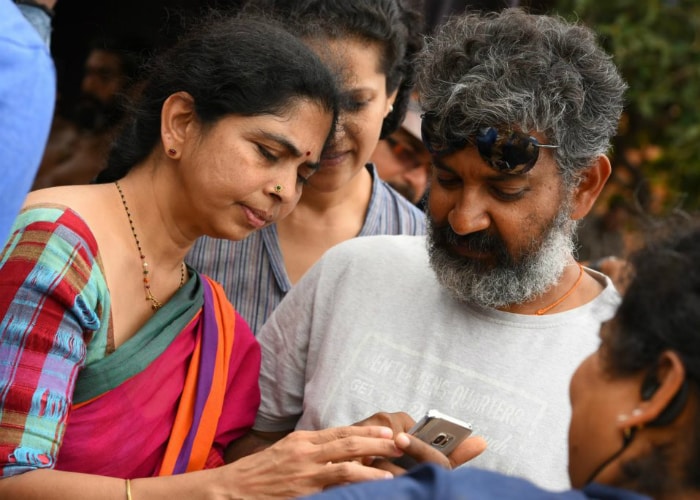 Working together on Baahubali for 5 years, did Rama and Rajamouli bring work home after shoot? Rama laughs, "Actually Rajamouli is so passionate about his work, that given a chance, he would have definitely discussed work at home! But my daughter Mayookha who was 7 years old then, drew the line. She said, 'dad should not talk about work' whenever she was around. Now, as she missed him a lot, she was always near him at home. That's the reason Rajamouli couldn't bring home his work!" However, being in perfect sync with each other, was an advantage, "Rajamouli discusses every idea with me, right from the germ stage when it's raw. So that sync gave me the perfect clarity on how he wanted his characters to look."