Baahubali Star Prabhas And Kangana Ranaut Once Had A 'Massive Fight' 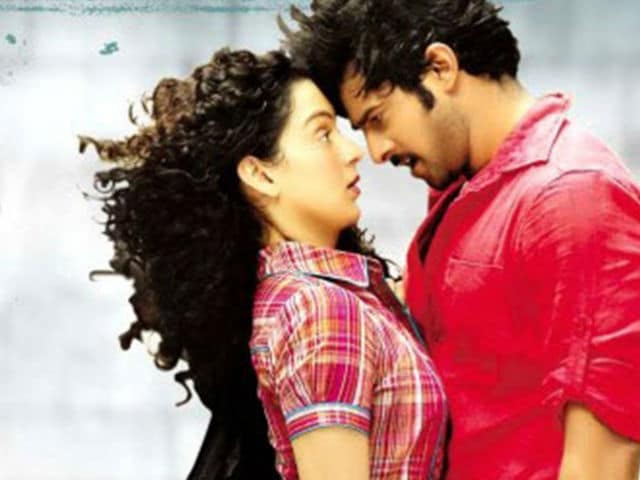 A poster of Kangana Ranaut and Prabhas' film Ek Niranjan

New Delhi: Actor Prabhas is currently enjoying the success of S S Rajamouli's Baahubali: The Conclusion. The 37-year-old actor has been receiving several accolades for portraying the role of Amarendra Baahubali in the film. However, did you know that the actor has shared the screen space with Kangana Ranaut? Prabhas co-starred with the 31-year-old actress in 2009 film Ek Niranjan, directed by Puri Jagannadh. In a recent interview to Indian Express, the Queen actress revealed that she had 'massive fights' with Prabhas on the sets of Ek Niranjan and that they had stopped talking to each other. The Tanu Weds Manu Returns actress, who recently watched Baahubali: The Conclusion, added that she is happy seeing Prabhas' progress.

"I feel so happy to see Prabhas doing so well. When we started that time, we used to fight a lot and I remember we had this massive fight when we stopped talking to each other. Then I saw Baahubali and I was like 'Wow!' I am so proud of his achievement and I am sure he feels the same," Indian Express quoted Kangana Ranaut as saying.

Promoted
Listen to the latest songs, only on JioSaavn.com
Kangana Ranaut was last seen in Vishal Bhardwaj's Rangoon, co-starring Saif Ali Khan and Shahid Kapoor. She will soon begin shooting for Ketan Mehta's biopic on Rani Laxmibai, titled Manikarnika. The first poster of the film was released on May 4 in Varanasi. Manikarnika is scheduled to release in theatres on April 27, 2018. Kangana Ranaut will next be seen in Hansal Mehta's Simran.

Prabhas will next be seen in Saaho, directed by Sujeeth Reddy.