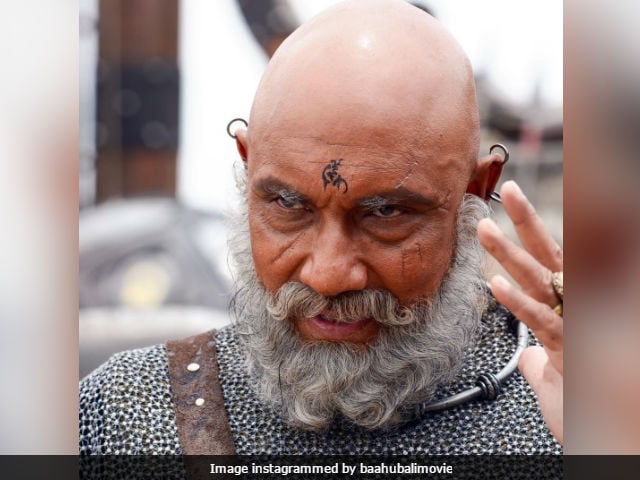 New Delhi: Baahubali actor Sathyaraj started trending on Twitter soon after he apologized to the pro-Kannada outfits for his alleged controversial remarks on the Cauvery row almost a decade ago. '#Sathyaraj' was trending on Twitter soon after Sathyaraj apologized on Friday. His colleagues like Siddharth and others supported the 62-year-old actor, who plays Katappa in Baahubali series on social media. The Rang De! Basanti actor tweeted: "Handled with dignity, class, maturity, pride, and such swag... Love you Sathyaraj sir. (sic)" Sathyaraj shared a video message in which he apologized to the pro-Kannada outfits. "I'm not against Kannadigas. I'm sorry if my words hurt you. I'm a small player in Baahubali, my words shouldn't affect the film," he said in a video. Vatal Nagaraj, president of Kannada Chalavali Vatal, had called for a bandh in Bengaluru on the day Baahubali: The Conclusion releases, reports news agency PTI. Mr Nagaraj said, "We can't accept anything else other than apology by Sathyaraj."

And he stands tall by appologising. The fringe group which opposed hime must feel ashamed which they wouldnt though #Sathyaraj

Actor Sathyaraj allegedly made a controversial remark while discussing the Cauveri row almost nine years back. Since then many of his films like Motta Shiva Ketta Shiva and even Baahbali: The Beginning had released in the state. Mr Nagpal said that they did not object to the release of those films because they "weren't worthy and noticeable" and that they were waiting for the "right time." Mr Nagpal told PTI: "We are not against the film or Rajamouli. Until Sathyaraj tenders unconditional apology, our protest will continue. There will be a Bengaluru bandh on April 28 and also there will be protests across the state."

Earlier this week, Baahubali director SS Rajamouli also said shared a video on his official Twitter handle and in which he said that Sathyaraj has "nothing to lose" if Baahubali: The Conclusion doesn't release in Karnataka. "Sathyaraj sir is not the producer or director of the film. He is one among the many artists who have worked in the film. It's unfair to target the film because of some comments he had made," he said.

Baahubali: The Conclusion is the final chapter of Rajamouli's magnum opus. Sathyaraj plays the role of Katappa and the film also stars Prabhas as Baahubali, rana Daggubati as Bhallala Dev, Anushka Shetty as Devasena, Tamannah Bhatia as Avanthika and Ramya Krishnan as Sivagami.

Promoted
Listen to the latest songs, only on JioSaavn.com
Baahubali: The Conclusion will release on April 28 in Tamil, Telugu and Hindi.