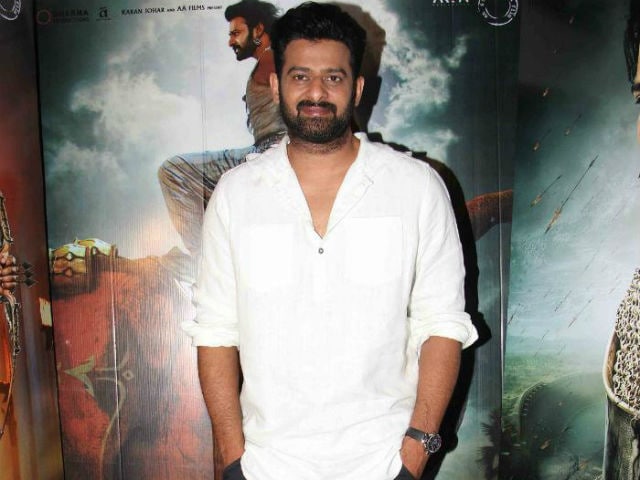 New Delhi: Prabhas is already filling up his roster with Baahubali: The Conlcusion a few days away from release. South director Sujeeth has revealed details about the 37-year-old actor's will next film Saaho. Baahubali 2 will have a delightful treat for Prabhas fans at the theatres as the first look of the film will accompany the second part of the epic drama on April 28. Prabhas' next film Saaho, an action drama, will be released in Hindi, Tamil and Telugu. A note on the film's official Facebook page reads: "The First Look Teaser of Saaho, our trilingual (Hindi, Telugu and Tamil) movie to be screened in all theatres with #Baahubali2 in all languages from April 28th. Get ready for some stylish visual treat."

Director Sujeeth shared the first poster of the film on Sunday:

The makers of the film will invest generously on the action sequences and has already roped in stuntman Kenny Bates, who has worked for films like Die Hard and Transformers. "The scale on which it is being made, a major budget will be spent on some extravagant action scenes. Although it will be a commercial outing, we are attempting something new and I would like to keep that as a surprise element," IANS quoted Sujeeth as saying.

Saaho has composer trio Shankar Mahadevan, Loy Mendonsa and Ehsaan Noorani on board for the film's music and Sabu Cyril is in charge of production design. "We wanted the music to have a national appeal. We roped in Shankar-Ehsaan-Loy because they understand north as well southern sensibilities when it comes to composing music. They have also worked in the south," IANS quotes Sujeeth as saying.

Promoted
Listen to the latest songs, only on JioSaavn.com
Meanwhile, Baahubali: The Conclusion features Prabhas in dual roles - as Mahendra Baahubali and Amarendra Baahubali. Directed by S S Rajamouli, Baahubali 2will release across 6,500 screens.