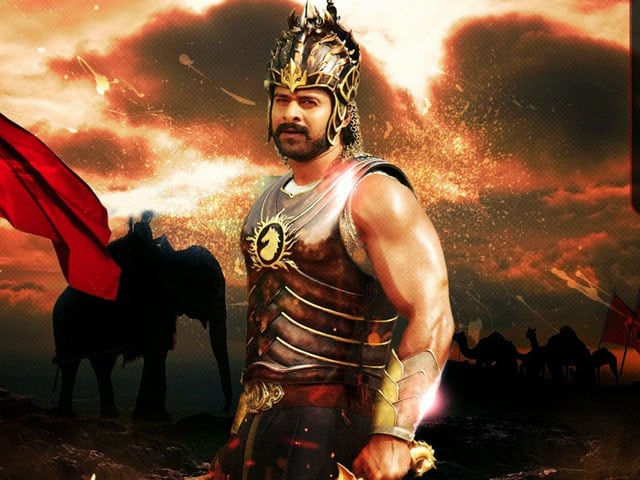 New Delhi: Director SS Rajamouli and his team of mighty Baahubalis from the South have smashed box office records with part one of their epic fantasy earning an unprecedented Rs 50 crores within a day of its release. The film has broken the opening day-record of Rs 45 crores set by Shah Rukh Khan's 2014 blockbuster Happy New Year.

Trade analyst Taran Adarsh, who was the first to announce the news on Twitter, emphasised that the film had broken the record in 'all its versions.' The two-part epic battle movie has been made in Telugu and Tamil and has also been dubbed into Hindi and other languages.:

An elated Karan Johar, whose Dharma Productions owns the Hindi rights to the film, wrote:

#Baahubali SHATTERS all box office records and emerges as the highest opener ever!!!!!!! Record day 1 even for a dubbed film...phenomenal!!

The Hindi version of the film has made a decent Rs 5 crores which is the highest ever for a dubbed movie in India.

Baahubali released on Friday across 4,000 screens globally. At Rs 250 crores, the film is the most expensive Indian movie ever made. But if the first-day collections are anything to go by, it seems the makers will recover their cost very soon.

Trade analyst Trinath told news agency IANS: "The film may even reach the Rs 100 crore club over the weekend."

"The Telugu version did extremely well. The Tamil and Hindi versions did decent business too. In Kerala, since the film managed to release in only 50 screens, it couldn't open big," he added.