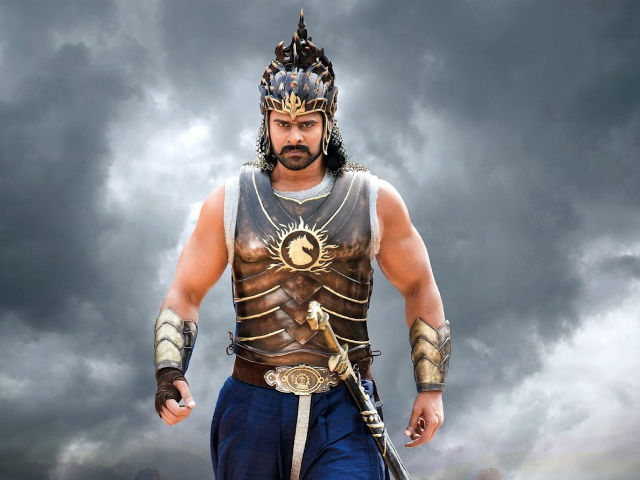 Prabhas in a still from Baahubali: The Beginning

New Delhi: Beware Bhallala Deva aka Rana Daggubati because your arch nemesis Mahendra Baahubali is back and he looks menacing as ever.

Baahubali: The Conclusion's first look is out and it is breaking the Internet. With vengeance in his veins, Prabhas holds iron chains in one hand and a sword in another. He is ready to attack and to own what rightfully belongs to him- the thrown to Mahishmati Kingdom.

Film's director SS Rajamouli tweeted the first look. And soon enough, the motion poster of the film was released on the occasion of actor Prabhas' birthday.

And how he wins the Mahishmati Kingdom with his Unrestrained Power is #Baahubali2 The Conclusion.

I myself cant wait to tweet the first look. Just waiting for the decks to be cleared and it'll be out there for you guys very soon!


The first look of Baahubali: The Conclusion, was released by Rajamouli at the MAMI 18th Mumbai Film Festival on Saturday. Film's distributor Karan Johar also tweeted the first look of the film.

Earlier this month, Rana tweeted how he prepared for his role. Look at that physique.

Promoted
Listen to the latest songs, only on JioSaavn.com
The ball was set rolling last month when Rajamouli tweeted the poster of Baahubali 2. It promised to answer -"Why Katappa Killed Baahubali".

The revenge saga, which stars Prabhas, Rana, Sathyaraj, Tamannaah Bhatia and Ramya Krishnan, is all set to wrap it shoot by the end of the year. The film will hit the screens on The film is set to release on April 28, 2017.