The two-and-a-half minute trailer of Baadshaho shows how princess Gitanjali (Ileana D'Cruz) decides to fight for her wealth which is being returned to the government. She seeks help of a gangster, Bhawani (Ajay Devgn) 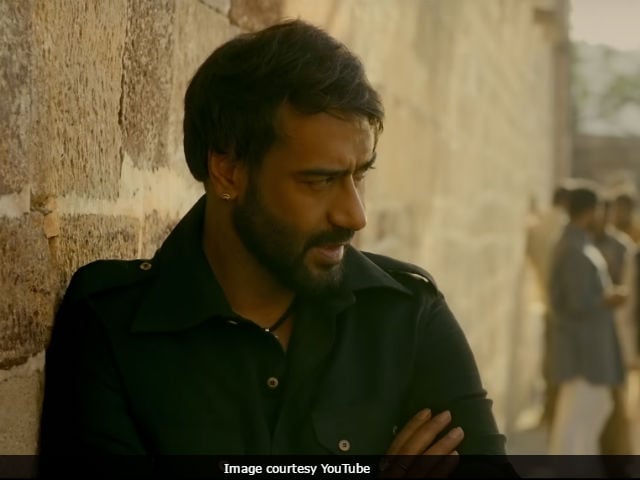 Baadshaho: Ajay Devgn in a still from the trailer

New Delhi: The trailer of Ajay Devgn's much-awaited movie Baadshaho has finally been unveiled by the makers of the film today. The film, which is set against the backdrop of 1975 Emergency, promises to be an action-packed drama. The two-and-a-half minute trailer shows how princess Gitanjali (Ileana D'Cruz) decides to fight for her wealth which is being returned to the government. She seeks help of Bhawani (Ajay Devgn), a gangster. "Aapke sone ka carat, humaare character ko kharaab nahi kar sakta. Woh truck Delhi nahi pahunchega," Bhawani tells Gitanjali. Bhawani is joined by Dalia (Emraan Hashmi), Sanjana (Esha Gupta), Tikla (Sanjay Mishra) and Seher (Vidyut Jammwal) in a plan to hijack a truck heading towards Delhi with baskets of gold biscuits packed inside it.


Baadshaho has been directed by Milan Luthria and co-produced by Bhushan Kumar, Krishan Kumar and Milan Luthria. The film has been widely shot in Mumbai and Rajasthan.

In an earlier interview with news agency PTI, filmmaker Milan Luthria said that Baadshaho is a 'historical fictional film.' "We have used some facts, there is lot of stuff that was unusual and exciting. It (Emergency as subject) is a great backdrop for action and thrills. We have done extensive research on the subject," Milan Luthria told PTI.

Baadshaho is Ajay Devgn's fourth film with director Milan Luthria. They have previously worked together in movies like Kachche Dhaage, Chori Chori and Once Upon a Time in Mumbaai.

Sunny Leone will be seen making a special appearance in the movie.

Baadshaho is scheduled to release in theatres on September 1.
Comments
BaadshahoAjay DevgnIleana D'Cruz