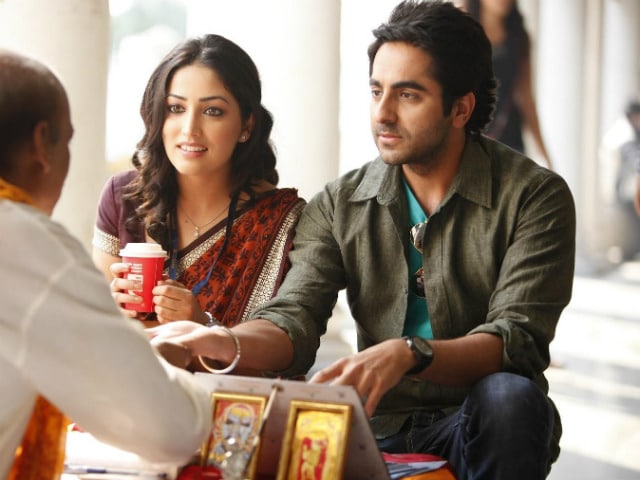 Ayushmann Khurrana and Yami Gautam in a still from Vicky Donor.

Mumbai: Ayushmann Khurrana and Yami Gautam, who created a stir with their on screen chemistry in Vicky Donor, will team up again for Rochak Kohli's romantic single Yahin Hoon Main, to be produced and presented by Bhushan Kumar.

Mr Kumar has worked with Ayushmann and Rochak during Nautanki Saala and the actor's song Mitti Di Khushboo. (Also Read: Ayushmann Khurrana: Singing Adds to My Credibility as an Artiste)

For the video of Yahin Hoon Main, director Amit Roy shot in the picturesque Chail region of Himachal Pradesh.

"It's a nostalgic song that plays out from Yami's point of view. Ayushmann's playback is beautiful. I knew I had to direct the song the moment I heard it," said Mr Roy.

"I wanted to set the song against a romantic backdrop. It was a two-day schedule. We shot at a beautiful palace that was converted into a college campus and the cottages within its premises were shown as the houses the leads live in," he added.

Mr Roy also said that Ayushmann and Yami share a great on screen chemistry and it's good to work with them.

"It's surprising that they haven't been cast together even after delivering a hit like Vicky Donor when Bollywood is known to cash in on hit pairs," he said.

The song required Ayushmann and Yami to play college students.

"While I think both of them can carry off any look, we had a lot of help from our stylists," said the director.