Ayushmann Khurrana 'Never Wanted To Be A Typical Commercial Actor'

"I never wanted to become a typical commercial actor. I would prefer to do something that is off-centre and different," said Ayushmann Khurrana 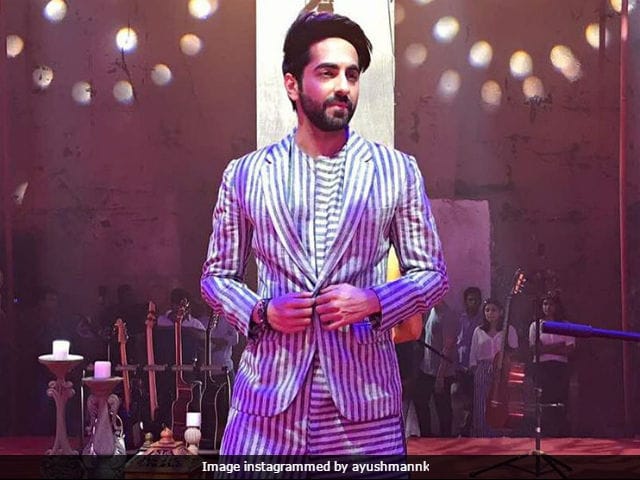 New Delhi: Actor Ayushmann Khurrana is currently busy promoting his film Meri Pyaari Bindu, co-starring Parineeti Chopra. The 32-year-old actor, who made his Bollywood debut with Shoojit Sircar's 2012 film Vicky Donor, told news agency PTI that he never wanted to become a typical commercial actor. "I would prefer to do something that is off-centre and different and these are the kind of films that have worked for me. Be it Vicky Donor or Dum Laga Ke Haisha. I want to own this space," PTI quoted Ayushmann as saying.

Ayushmann Khurrana will be seen portraying the role of a Bengali author, Abhimanyu Roy in Akshay Roy's Meri Pyaari Bindu. Speaking about his upcoming film, the Bewakoofiyaan actor said: "The movie was narrated to me two years ago and then I had forgotten about it. I came to know that Yash Raj was producing and I got very excited. Pari was already on board. I am glad that the film got made. It is a very nostalgic film."

Ayushmann Khurrana, who was last seen in Dum Laga Ke Haisha, will be returning to the big screen after a gap of two years with Meri Pyaari Bindu.

"Parineeti has gone through the whole body transformation and is coming back on screen after three years. I am also coming after two years. This film is important for both of us. I am glad that the trailers have been well received," PTI quoted Ayushmann Khurrana as saying.

The Nautanki Saala actor added that his break from movies was not 'deliberate.' "I was waiting for the right script. And then Manmarziyan did not happen. I am glad that I am coming out with three films this year. It would compensate for my absence in the last two years," Ayushmann Khurrana told PTI.

"I am fortunate that I got to work with Ashwiny Iyer Tiwari in Bareilly. There are two great actors with me - Kriti Sanon and Rajkummar Rao. It is a very quirky story," PTI quoted Ayushmann Khurrana as saying.

Promoted
Listen to the latest songs, only on JioSaavn.com
On April 28, Ayushmann finished shooting for Aanand L Rai's Shubh Mangal Savdhan along with Bhumi Pednekar. The film is slated to release on September 1.

Looking Back At Lockdown Life: Guess The Actress Who Posted This Throwback