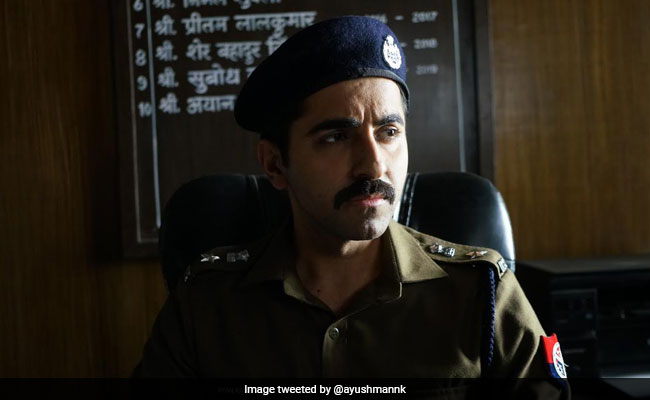 Ayushmann Khurrana just tweeted a picture of himself as his character from his upcoming film Article 15, along with which, he revealed the release date of that film, which is June 28 this year. The internet went crazy soon after the actor dropped the release date and Article 15 became one of the top trending topics on Twitter. Actress Taapsee Pannu also retweeted the actor's post and said: "All set to get jolted." Netizens shared Ayushamann Khurrana's picture and have shared their eagerness about the movie with comments like: "Ayushmann Khurrana is synonymous of versatility... Now he will appeal mass audience too. Can't wait for #Article15", "#Article15 Ayushmann nailed it. Can't wait considering the star cast and team, this one is going to be mind blowing" and more.

I am eagerly waiting for this #Article15 which is directed by @anubhavsinha and @ayushmannk
Will be seen playing cop in this movie
releasing on 28th june pic.twitter.com/tBZRiCPtkB

extremely excited for #Article15, their first film together, releasing on 28th june...... pic.twitter.com/M4gUShSi1M

#Article15
Ayushman nailed it can't wait Considering the star cast and team, this one is going to be mind blowing
Article

Ayushman khurana is synonymous of Versatility..... Now he will appeal masss audience too.

Yeah definitely Quite Confident that #Article15 will be one hell of a Film He will rock Ayushman sir massss #Article15@ayushmannk@anubhavsinhapic.twitter.com/sApRBYvknZ

Article 15 is an investigative drama being directed by Anubhav Sinha, who also helmed Mulk. Ayushmann Khurrana will be seen playing the role of a cop for the first time in his acting career. Previously, in an interview with new agency IANS, Ayushamann Khurrana said about the subject of his new film that: "I'm always intrigued by the socio-political situation of our country. We hardly see films which present the situation in an unbiased way,"

The director, in the same interview, shared his views about working with the actor and said: "A very challenging film that needed an extraordinary actor like Ayushmann. Delighted to have him on board with an explosive bundle of such talented and acclaimed actors."

Here's the first look of the film previously shared by Ayushmann Khurrana: