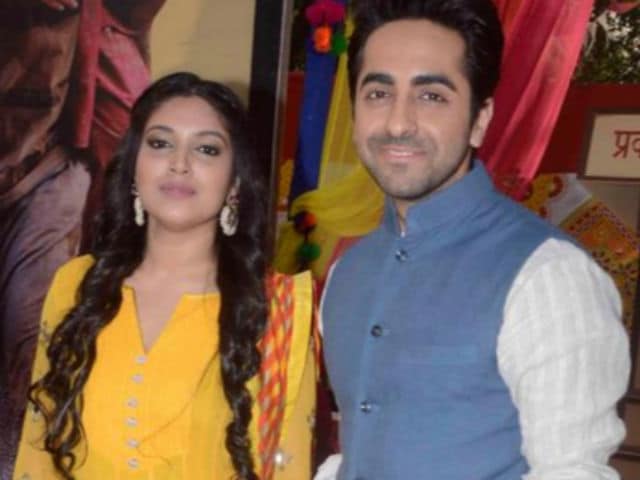 Ayushmann and Bhumi were seen in Dum Laga Ke Haisha which released earlier this year.

The project will be produced by Mr Rai and will be directed by Sameer Sharma who made 2012's Luv Shuv Tey Chicken Khurrana.

Bhumi, who made her debut in Bollywood with Dum Laga Ke Haisha said that she is excited about her next film.

"Yes I am doing the film. It is directed by Sameer Sharma and produced by Anand L Rai. I will be acting with Ayushmaan who is a brilliant actor. We share a great chemistry. I am really, really excited for it," Bhumi told PTI.

Bhumi, who played the role of an overweight girl in Dum Laga ke Haisha, has now lost weight.(Also Read: Bhumi Pednekar on Her Weight Loss: I've Never Starved Myself)

"It will be tougher for me this time as I have changed. But it is exactly the role I wanted to do for my second film. It is a wonderful script and just the right one to do," added Bhumi.

Regarding the plot of the film, Bhumi said, "It is a love story set in Punjab. It won't be like Dum Laga ke Haisha but is as beautiful as that film. We are planning to begin shooting sometime in January next year."