Avengers: Endgame Movie Review - The long-running Infinity Saga comes to a close with a rousing conclusion. If there's a single phrase that sums up the guiding principle of the Marvel Cinematic Universe - the interdependent series of superhero movies that, with the arrival of this week's Avengers: Endgame, now numbers 22 films - it's this: Hold that thought. (Truth be told, with Endgame's running time of three hours, "hold that bladder" would also apply.)

As the stories unfolded, beginning with Iron Man, starring Robert Downey Jr., in 2008, and introducing additional characters along the way - Thor, Black Widow, Black Panther and many others - it has become increasingly necessary not only to retain details of the labyrinthine plots but to keep a soft spot in your heart for the protagonists, from movie to movie. To be sure, as the MCU has evolved, growing into an epic that can be, at times, confusing, a through line has coalesced around a group of inanimate objects: six powerful Infinity Stones whose scattered locations have shifted from planet to planet and from person to person, like a cosmic shell game, as the movies came and went.

But it was always the lives of the people on screen that mattered most. As even casual fans will remember, those stones ended up in the wrong hands at the end of the last Avengers movie, Infinity War. That 2018 film ended with a cliffhanger in which the villain Thanos (Josh Brolin) snapped his fingers, with cataclysmic consequences for many of the heroes we have come to know and, yes, love.

The results of Thanos' simple yet devastating gesture, which some wags have taken to calling the "Snapture," were memorably shocking. But not as indelible as the shadow that crept across his face just before the closing credits: the enigmatic half-smile - midway between regret and relief - of a psychopathic, purple Mona Lisa.

It's helpful, before going to see Endgame, to cast your mind back to the contradictory feelings of that final scene. The new movie, which focuses on the efforts of Captain America (Chris Evans) and the remaining Avengers to implement a do-over - essentially rewinding the effects of Thanos' snap - feels at once sad and deeply satisfying, complicated and surprisingly comic. If many of us have grown up with the MCU, the films themselves have also grown more complex, like a fine wine. 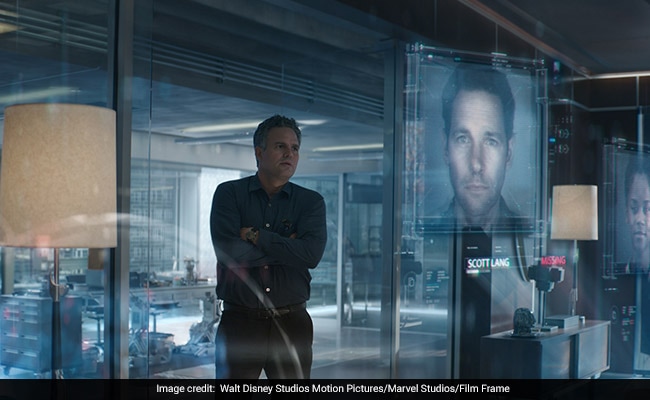 Too much? Probably. Would you believe a well-aged cheese?

This is, let us not forget, a comic-book movie, with starkly drawn lines of good and evil, and unapologetically reductive storytelling. But amid all the action and the derring-do, between the hooey and the hokum, there's room for real emotion.

So how do Cap and the gang mean to fix things? If you remember last year's Ant-Man and the Wasp, that film ended with Paul Rudd's shrinkable Ant-Man trapped in the Quantum Realm, a subatomic state where the laws of space and time don't apply. Well, Ant-Man is back - it's no spoiler; he's in the trailer - and he's brought with him an idea for what he calls a "time heist," combining two of filmdom's most wildly entertaining genres: time travel and the crime caper. The details of the plan should best not be spelled out, but they entail our heroes revisiting destinations that will be familiar from earlier films - New York, the Norse celestial plain of Asgard and the planets Morag and Vormir - as well as the action of those films themselves, including Thor: The Dark World and The Avengers.

In a sense, Endgame is an example of the MCU cannibalizing itself, but it has always done so. And it does so here in a fresh way that is closer to homage than lazy appropriation. These affectionate flashbacks also serve as a tip of the hat to all the loyal fans who have held this sprawling mythology so dear.

As high as the stakes are in Endgame, it is also a very funny movie. The humor of the story - some of which takes place in the future, five years after the end of "Infinity War" - has to do with surprising ways in which the lives of certain characters have changed (along with their personalities and, in some cases, their physiques). 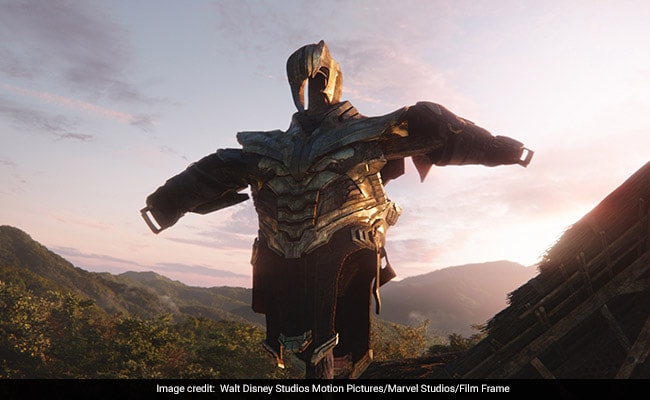 As far as holding a thought is concerned, the characters at the center of Endgame - most prominently Captain American and Iron Man - have always been stubbornly monomaniacal, to a fault. On the Kubler-Ross cycle of grief, as Endgame gets underway, they're still stuck in Stage 1: denial. Thor (Chris Hemsworth) puts it this way: "You could not let go of your own failures."

If Infinity War was about failure, Endgame is, ironically, all about acceptance and moving on. After 11 long years, the Infinity Saga is finally, fulfillingly over. There is no post-credit scene. But oh, what a going-away party these old friends have thrown for themselves.