Prep For Avengers: Endgame With These 5 Must-Watch Marvel Films

Haven't seen the 21 Marvel Cinematic Universe films leading up to this moment? Watch these and you'll be ready. 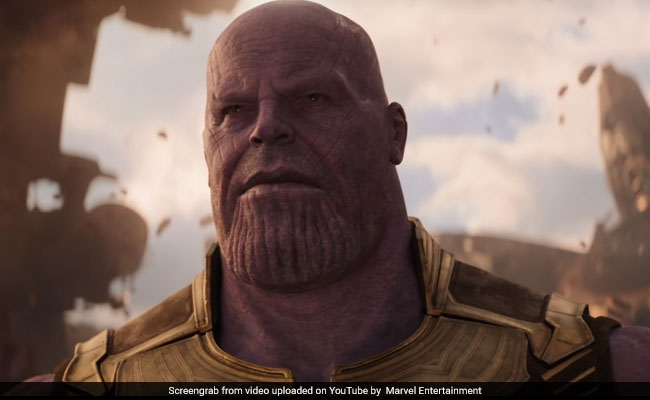 A majority of the fans flocking to theatres this week to see Avengers: Endgame - the final chapter of a decade-long journey - have been along for the entire ride.

But just in case you are not one of the die-hard fans that has seen the previous 21 films, we'll forgive you if you're only now getting into the mystique machine surrounding this movie. While having seen every film in the Marvel Cinematic Universe will add something to the Endgame experience, you can still get a handle for all that's been going on over the last 10 years with a quick binge of these five essential Marvel Studios movies.

The Avengers marks the merging of Marvel Studios' solo movie franchises into a successful on-screen team up, a venture that was unheard of at the time. The film features Iron Man, Captain America, Thor, the Hulk, Black Widow, Hawkeye and, boss of all bosses Nick Fury, but most importantly, it is the introduction to the villain and weapon these films build toward: Thanos and the Infinity Gauntlet are featured in a quick post-credits scene - a feature these films have turned into a superhero cinema standard.

This movie takes us to deep space with a team of rebels that includes talking trees and raccoons (Groot and Rocket); a mostly monotone muscle man (Drax); the questionable leadership of half-human, half-something else Star-Lord/Peter Quill; and Gamora, the adoptive daughter of Thanos, who plays a heartbreaking role in the MCU's Infinity Saga later on. This is the film (along with the first Avengers movie) that connects Earth's Mightiest Heroes to the growing threat of the infinite cosmos.

Before you watch the Avengers fight to save the world in Endgame, watch them fight each other in Civil War. Iron Man and Captain America have never seen eye-to-eye, but things turn serious after the events of the second Avengers team-up film, Age Of Ultron (2015), in which the team barely defeats a super-intelligent robotic threat, resulting in the world wanting to govern superheroes. Iron Man agrees with that proposal; Captain America gives everyone the "son, just don't" face he perfected in The Avengers, forcing the superteam to split into warring sides. Civil War also introduces the MCU's version of Spider-Man (Tom Holland), who plays a major role in Infinity War, and is a strong candidate for the next generation of Avengers post-Endgame (especially because he'll star in his second solo film in July.)

Infinity War is the big one - until Friday, that is. Throughout the MCU, powerful stones have played a role in various plots, which we eventually learn make up the Infinity Gauntlet. Whoever has all the stones in the gauntlet and wields it is all-powerful. And in this Avengers film, Thanos has made contact: with the fully loaded Infinity Gauntlet, with Earth, with the superhero team. He's convinced the only way the universe can be saved is by destroying half of it; Gamora warns the Avengers that with a full-strength gauntlet, Thanos can do just that with the snap of a finger. An all-out war takes place in the Black Panther's home of Wakanda, resulting in fallen heroes and setting up the finale in Endgame.

Captain Marvel/Carol Danvers is the first female superhero to lead her own franchise in the MCU. Her origin story takes place in the '90s during a war between classic Marvel Comics alien races: the Kree (who Captain Marvel is a soldier for) and the shape-shifting Skrulls. The end of that war sees Captain Marvel become the most powerful superhero ever. She is the one hero who can balance the scales in the upcoming fight against Thanos; this film shows you how she became that hero. Side by side with the Avengers, Captain Marvel's eventual face-to-face meeting with the Mad Titan is one of the most anticipated moments of Endgame.