Avengers: Endgame Is A Really Big Deal - For More Reasons Than You May Think

The new movie concludes an unprecedented run: the most successful Jenga game of interconnected films in Hollywood history. 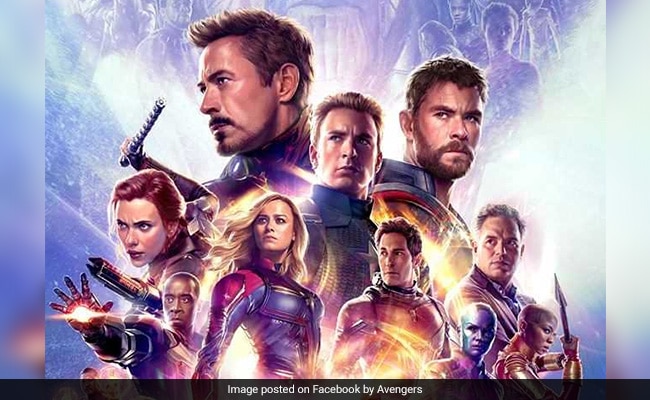 Thirteen summers ago, Marvel Studios president Kevin Feige was asked during a relatively small Comic-Con panel whether he could ever see his company's characters interacting on screen.

"Who knows?" Feige teased. "This is a big new experiment for Marvel. But it's no coincidence that we have the rights to Iron Man, Hulk, Thor, Cap" - and right then, before he could finish, he was interrupted by the volume of audience glee and hopeful extrapolation. Fan imaginations leaped ahead at the possibilities.

Feige has cited that as a creative inflection point. It's a moment that bears remembering when weighing just why Avengers: Endgame will mean so much to so many when it arrives in theaters April 26 - a three-hour culmination of more than a decade of superhero world-building.

Today, calling it a "big new experiment" can even sound like an understatement when considering just how massively Marvel has reshaped the Hollywood blockbuster landscape.

Heading into Endgame, the Marvel Cinematic Universe has grossed nearly $19 billion across 21 movies, including four of the 10 biggest movies ever - an unprecedented run with nary a box-office dud.

But for a studio start-up, 2006 was not only a time before Twitter-viral superhero stars and Disney dollars. It also marked the great unknown when, despite the success of the early X-Men and Spider-Man movies, there was no map for just how far out a studio could build an interconnected franchise. James Bond, Star Trek and Star Wars may have kept producing commercially viable sequels for years, but to construct a full latticework of superhero narratives could have loomed like a Bifrost Bridge too far.

Feige was wise, though, to start gradually, deliberately putting each character's individual origin story in place. He first aimed to win over the general public with former B-list hero Iron Man, and hard work met good fortune: Director Jon Favreau and rehabilitated star Robert Downey Jr. caught lightning in a bottle with the 2008 breakout. A flop could have sunk the studio before it was off the ground; instead, the scrappy Iron Man, riding high on Downey Jr.'s quick-lipped charisma, grossed nearly $600 million on a $140 million production budget.

Piece by piece, Feige - a child of '80s action franchises like Indiana Jones - continued to forge a connection with mainstream audiences.

At last, Feige could fully implement his big experiment.

With those planks in place, what came next was the most elaborately interconnected game of cinematic Jenga that Hollywood has ever seen.

2012's The Avengers - the first of writer-director Joss Whedon's two outings with the team-'em-up franchise - grossed a whopping $1.5 billion worldwide. That was on a scale even beyond Marvel Comics editor Stan Lee's Tinseltown dreams.

Modern fans care so passionately about Avengers: Endgame because they have more than a decade invested in this intricate universe - half of which was ostensibly destroyed in last year's lead-up film, Avengers: Infinity War, in which the villainous Thanos (Josh Brolin) turned so much of this beloved team to dust.

Yet filmgoers know, too, that the cliffhanger had to be a false goodbye - a plot twist that only sets up fans for the real farewells in Endgame.

Comic books are famous for their long con: In a world of commercial stunts, their superheroes rarely stay dead.

Yet Feige and his creative team, including Infinity War/Endgame directors Joe and Anthony Russo, know that, ultimately, some of their superheroes must vanish forever.

Feige likes to quote the line that a necessary part of the journey is the end. He got his start in show business working for the husband-wife production team of Richard Donner and Lauren Shuler Donner, so Feige also saw the Superman franchise - launched by director Richard Donner in 1978 - take far too long to mercifully end its journey with Christopher Reeve in the title role. Reeve was still wearing the cape and tights in 1987's dismal Superman IV: The Quest for Peace.

We know that Chris Evans will hang up his vibranium shield as Captain America in Endgame. We can expect at least one other longtime MCU actor - Downey Jr.? Hemsworth? - not to enter the next big phase at Marvel, as well.

So this is really it. The end of an epic run. We have lived with some of these characters for many hours of screen time. Yet they must make way for a new team, likely led by Captain Marvel (Brie Larson), with Bucky (Sebastian Stan) probably waiting in the wings and prominent heroes from the Black Panther's Wakanda ready for a return.

The Iron Man age will end, surely now or soon, having remade the tentpole terrain. No other studio has been able to replicate this degree of shared-universe success - and there's no guarantee that Marvel's next phase will soar just as spectacularly. (Although it certainly will get even more involved, as Disney's forthcoming streaming service will offer small-screen shows that intersect with Marvel's film world, involving such Avengers characters as Loki, the Falcon and the Winter Soldier, the Scarlet Witch and Vision.)

But even if Marvel's next super-crew breaks box-office records, there is only one origin story for Marvel Studios. And it publicly began in 2006, when Feige said those words: "Iron Man, Hulk, Thor, Cap - ."

Endgame is an interruption that sets up a lineup change. It is a finish line before a commercial recharge.

Yet it will also be where fans have to unpack some of their memories and leave some of the fallen behind.

In Endgame, Marvel Studios is coming for fans' hearts - even though Feige's universe won them over long ago.