Athiya Shetty's Next Film With Arjun Kapoor is 'Crazy and Funny' 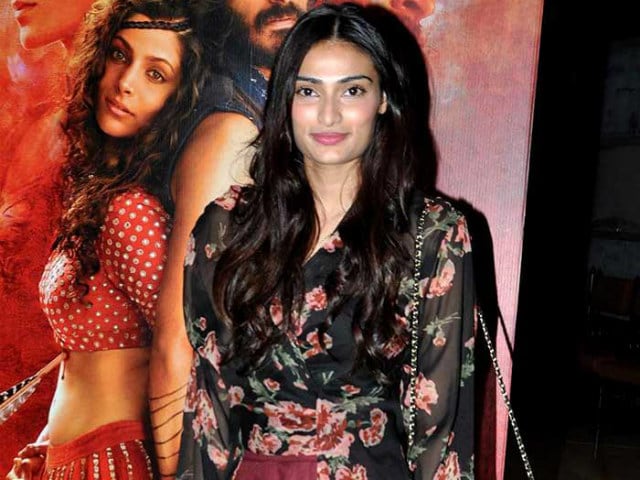 New Delhi: Actress Athiya Shetty has shot down rumours that she is part of choreographer Bosco Martis' debut film as a director - Circus alongside Sooraj Pancholi, saying she has not signed anything like that.

It was also reported that Athiya, 23, will be seen sharing screen space with her actor-father Suniel Shetty in the same project.

"It is not true. I have not signed anything like that. That has just never happened. In fact it has not been approached to me," the actress told PTI.

Though, Athiya is looking forward to her upcoming film Mubarakan alongside Arjun Kapoor, the actress said she cannot wait to be on set to start shooting.

"I'm very excited for Mubarakan. I can't wait to start shooting. I can't wait to be on set. It's a really funny, crazy and mad wedding that everybody is invited to. While hearing the script I genuinely wanted to be a part of it because I wanted to see it as an audience," she said.

Talking about her character in the film, Athiya said, "My character is of a Punjabi girl, who is very simple but she has a side to her that adds chaos to the drama."

Athiya believes that her passion for being in films came from her father, who has been extremely diligent and professional in his 25-year-old career.

"My father is very hard-working and since I was a child, the one thing that I have noticed about him is his dedication. I have adopted that from him. He is always on time. He always maintains his professionalism," she said.

Athiya also revealed that she is a huge Bigg Boss fan and never misses out on a single episode.

Promoted
Listen to the latest songs, only on JioSaavn.com
When asked if she would like to enter the house, Athiya said, "I would like to visit the house for sure but I don't think so I'd be able to live there."