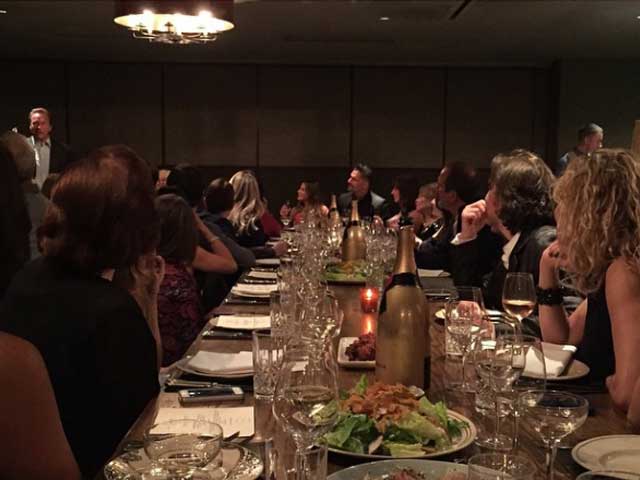 This image was posted on Instagram by Manolo Vergara

Actress Sofia Vergara and her fiance Joe Manganiello hosted a dinner for family and friends to celebrate their engagement.

The dinner was held at the Soho House in West Hollywood, California, over the weekend, reports aceshowbiz.com.

The bride-to-be was dressed in a red strapless dress, while her fiance looked dapper in a black tailored suit without a tie.

In one of the photographs posted by Manolo, Sofia's 21-year-old son from her first marriage, former California Governor and actor Arnold Schwarzenegger was seen raising a toast.

Manolo poked fun at his mother and her beau. He wrote:

Manolo also uploaded a photograph of the Hot Pursuit actress on the morning after the party.

Promoted
Listen to the latest songs, only on JioSaavn.com
He wrote:

Sofia also posted a series of photohgraphs with family and friends.